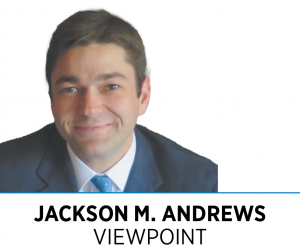 There are great entrepreneurs and great companies everywhere. Including in middle America. In cities such as Indianapolis, Louisville, Lexington and Cincinnati, there are emergent entrepreneur-led ecosystems. A growing contingent of investable opportunities continues to build, but venture capital formation in middle America has not matched supply and demand.

Encouraging outside capital (namely from “the coasts”) is an important but one-way strategy. It’s time to invest in ourselves. More than 75% of venture capital is deployed in just three states—California, Massachusetts and New York. But 75% of the nation’s gross domestic product is outside those states.

We saw disruptions in 2020 and 2021 that serve as an accelerant for investment, talent and entrepreneurial activity in middle America. The coasts are taking note of these changes in behavior and the collapse of geographic barriers to capital. In a blog post, famed venture capitalist Fred Wilson calls it the “Rise of Everywhere” and says these changing dynamics will create “a massive increase in the geographic range of where investors can and will invest.”

Drive Capital in Columbus, Ohio, was founded by ex-Sequoia partners who said in TechCrunch: “The most ‘compelling emerging market’ may be America, outside Silicon Valley.” AOL founder turned venture capitalist Steve Case launched the Rise of the Rest venture fund and platform around this very theme, and Lightship Capital’s $50 million fund to invest in minority and female entrepreneurs in the Midwest further punctuates the case.

This wave of technology is clearing barriers to entry and empowering a generation of entrepreneurs who (along with those who follow) will build the great businesses of our future. Many will do so in middle America. It makes eminent sense to invest in these unknown and fast-growing opportunities ahead of the curve.

We have lived and watched these dynamics unfold in middle America and around the world as entrepreneurs ourselves and through our work with Endeavor, which operates in 40 countries and eight U.S. markets. In 2020 alone, Endeavor entrepreneur-led companies provided more than 4.1 million high-quality jobs and generated more than $28.7 billion in revenue.

Endeavor’s global venture fund, Catalyst, has about $500 million under management and a portfolio of more than 50 “unicorns”—companies valued at more than a billion dollars. And beyond Catalyst, Endeavor supports founders of growth-stage companies across the Midwest—including El Toro, Casted, RxLightning, Perq, Cloverleaf, Interapt, Demandjump, BehaVR, Rabbit Hole Distillery and more.

As the entrepreneurs and networks in growth markets mature, the natural result is the emergence of regional venture capital. The founders of ExactTarget exited to Salesforce for $2.5 billion and launched High Alpha in Indianapolis, which has nearly $260 million assets under management and has launched more than 30 startups from its venture studio.

Middle America presents an exceptional pipeline for venture growth investments in the United States and certainly in Indianapolis, Louisville, Lexington and Cincinnati. Our opportunity is to invest in ourselves and participate in these outsized market opportunities.

Being on the ground and early movers in middle America is a superpower. It provides deal flow, networks and opportunities others often don’t see or understand so precisely. Fast-growth venture-backable companies and entrepreneurs are becoming ever more prevalent.

You can accept the present or you can break through, invest and define the future. It is time for our community to invest in our entrepreneurs, rightfully participate in the returns and build the future.•