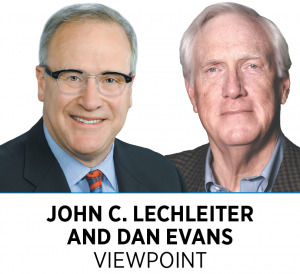 Indiana is in the midst of a mental health crisis.

In a recent study by Mental Health America, Indiana ranked 41st in the nation for the state of mental health in adults, based on prevalence of mental illness and access to care, and 23rd for children. Behind these dismal rankings are Hoosiers in communities all across our state who have been harmed by the devastating impacts of untreated mental illness.

This spring, the Indiana Behavioral Health Commission asked the Fairbanks School of Public Health to examine the cost of untreated mental illness. From that charge, Fairbanks released a study that revealed some staggering facts about the mental health of Indiana. Approximately one in five Hoosiers experiences mental illness each year. For every four Hoosiers treated for mental illness, another Hoosier goes untreated.

When a person doesn’t get help, the harm from mental illness can be deadly. In 2020, Indiana lost 1,079 Hoosiers to suicide. Further, mental illness is tied to many serious chronic conditions such as diabetes and heart disease.

Each year, the economic burden of untreated mental illness on Indiana is more than $4.2 billion. This includes direct costs such as health care, incarceration and homeless-shelter expenses and indirect costs such as loss of productivity due to absenteeism, premature mortality and expenses for caregivers.

The impact of untreated mental illness on Indiana, present and future, cannot be overstated. And, yet, we do not have the mental health infrastructure to provide care to thousands who need it.

In September, the Indiana Behavioral Health Commission issued a report that identified specific concerns, including a lack of communication and collaboration across systems, access to prevention services, and consistency in care across the state. From individuals in crisis to people attempting to receive care in the community, the current system is ineffective and inefficient. The primary entry point is often involvement with the police or an emergency room, and there are then delays in getting linked to needed care. These gaps are taking a toll on the individuals who are suffering, their families, law enforcement, hospitals, the community and state resources.

Under the leadership of Gov. Eric Holcomb and Lt. Gov. Suzanne Crouch, the state has taken important steps to close these gaps and begin to build, for the first time, a mental health infrastructure that works. In 2020, Congress passed legislation by a unanimous vote to establish 988 as the emergency number for behavioral crisis responses, replacing a patchwork system of state and local efforts. Indiana has used one-time federal funding for the 988 transition to begin building a comprehensive crisis-response system. Indiana has also made significant strides in improving the justice system’s response to mental illness. However, there is still great work to be done.

First, the legislation will create sustainable funding for a statewide crisis-response system by mirroring the cellphone surcharge that is currently used to fund Indiana’s 911 system. Second, the legislation will support Indiana’s transition to the Certified Community Behavioral Health Clinic model, which has demonstrated great success in increasing access to care in many other states.

With these two important pieces, Indiana can take bold and radical steps to improve access to mental health care for Hoosiers. We urge the General Assembly to give the commission recommendations and this critical legislation careful consideration for the well-being of our state, now and for generations to come.•