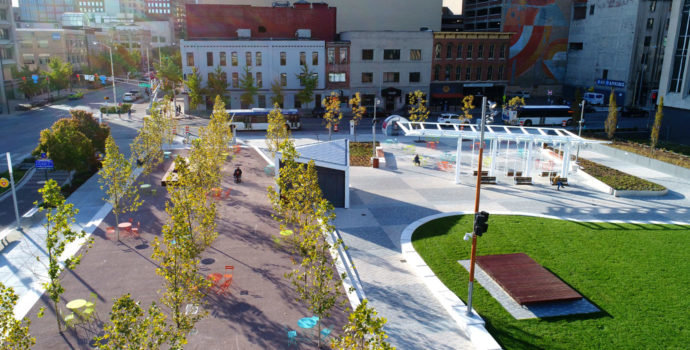 Monumental Award winner Rundell Ernstberger was chosen in 2016 to lead the redesign efforts of the City-County Building plaza along East Washington Street. The plaza reopened in October 2018 after a $9 million redevelopment project.