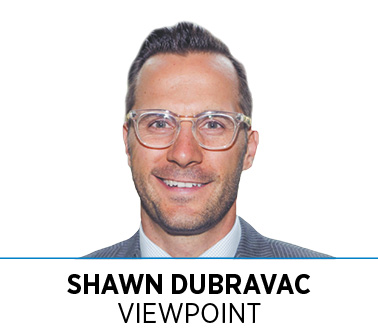 Manufacturers and employees across the country now look to Congress, where the White House is expected to submit USMCA this fall for a congressional vote. If the divided Congress doesn’t act quickly, the United States risks major supply chain disruptions that would burden small businesses across the country.

Failing to move forward on USMCA and breaking down decades of North American trade relationships would spell chaos for manufacturers, suppliers, employees on both sides of the border and especially small businesses.

Take, for example, Indiana-based Altex, a manufacturer of wiring assemblies that form the neural networks used in dozens of products from train brakes to wheelchair-accessible vans, ambulances and medical devices. Altex designs, engineers and sources most of its raw materials from the U.S, manufacturing the wiring assemblies in Indiana and Mexico, later shipping its finished goods to customers in the U.S. and beyond. Without USMCA, well-paying engineering and management jobs in Indiana would be at risk, and dozens of vital products would be made more expensive for U.S. consumers.

Altex is just one of the thousands of American businesses that rely on trade with Mexico to thrive in today’s globally connected economy. Their business operations highlight the unique dynamics that define North American trade.

When Altex, like many others, moves products between its U.S. and Mexican facilities, it does what is called intra-firm trade. North American intra-firm trade often involves shipping intermediate goods back and forth between facilities that might be in separate countries but are tied together in supply chains that have been built and optimized over many years. About 71% of imports from Mexico are transfers between related parties, according to the latest electronics industry study on USMCA.

Within the computer and electronic product manufacturing sector, related-party trade is even higher. About 78% of all electronics imported from Mexico and 47% of all electronics exported to Mexico are between related parties like between parent companies and their affiliates, impacting millions of jobs.

Critics claim pacts like NAFTA and USMCA only send U.S. jobs and expertise to other countries. In reality, companies invest in international supply chains to balance many factors, not just to take advantage of low costs abroad. While cost differentials were once a predominant factor, time-to-market and global risks have become highly important factors that make North American supply chains vital to American businesses.

Whether the label reads a product is made in Mexico, Canada or the USA, lawmakers and consumers should know the products they use are likely co-produced in more than one of those countries. Americans are better off because of it. As products cross the U.S. border in both directions as part of a multi-step production process, American companies and workers add value to create globally competitive, high-quality, affordable goods.

Disrupting those value chains by letting the USMCA fail would wreak havoc on American companies, workers and consumers, while approval of USMCA would create a more certain, stable environment for physical and human capital investment in all three countries. Fostering American growth and jobs is a bipartisan issue, and Congress should pass USMCA with strong support and without delay.•

DuBravac is chief economist at IPC, a trade association representing the electronics industry.