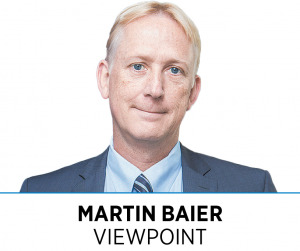 Confronting the reverberations of a global pandemic and now a raging war in Europe, our country finds itself at a critical juncture, defined by an international struggle for power and influence.

Russia is not the sole aggressor we need to worry about. The last few decades have seen China make significant technological advancements that now threaten our status as the world’s leader in innovation and, perhaps more important, as preeminent champions of worldwide democratic ideals. To restore the status and security of our nation, and to protect democracy, steps must be taken here—on American soil—to expand our innovative capacity.

We are fortunate to have leaders who recognize the urgency of the matter at hand. “As we endeavor to avoid another bloody conflict, it is also important that the outcome of this global contest be won in laboratories, across campuses, on assembly lines,” Todd Young, our senior U.S. senator here in Indiana, noted in a recent op-ed. Over the last year, Young has worked with colleagues on both sides of the aisle in Washington to pass legislation that would bolster American tech research and development.

The United States Innovation and Competition Act, a Senate-passed bill co-authored by Young—aims to do just that and would supply U.S. manufacturing sectors with much-needed updates and investments. Since USICA’s passage last summer, the House has passed its own version of the bill—the America COMPETES Act—which builds off USICA and includes a much-needed immigration provision that would provide foreign-born, advanced-degree holders in the fields of science, technology, engineering and math with a pathway to permanent residency. As both chambers work together on a final bill, it is imperative that this provision be included.

Enabling highly trained professionals to build lasting careers in the United States will give our schools, labs and factories the boost they need to give us a leg up in the “contest” Young has so passionately committed himself to winning.

Ultimately, what comes first in this global contest is the fight for global talent. For many years, our country enjoyed its status as the leading destination for international students looking to earn degrees in STEM.

We have since lost this competitive edge, as other countries have taken more proactive measures to attract top minds and build a stronger workforce. Today, as Young will tell you, we need to be more concerned with matching the pace of Chinese schools that are “producing four times as many STEM degree holders as our own.” If we ignore this issue, our workforce will continue to diminish, pushing more and more American multinational corporations to shift R&D operations to overseas locations where high-skilled labor is more readily available.

The Indiana tech sector’s contribution to gross state product increased in 2021, yet recent years have shown 2.4 STEM job vacancies for every unemployed Hoosier. We must correct our policies toward foreign-born advanced-STEM-degree holders now to fill these vacancies and fuel growth in our domestic STEM sectors. In fact, immigrants make up nearly half of all advanced-STEM-degree holders in Indiana. These individuals should be encouraged to stay, not incentivized to leave.

Wary of the Chinese Communist Party’s heightened production power, our senator has wasted no time in rounding up Republicans and Democrats alike to pass legislation putting our country back on the offensive. “This is a call to action for those of us who are charged with keeping the American people safe and secure,” Young reminds us.

I urge Young to stay true to this call to action by including corrections to our country’s visa policies in a final version of the COMPETES Act. Having received strong bipartisan support, this piece of legislation should have been on the president’s desk for signature a long time ago.•

Baier is president and CEO of The International Center.