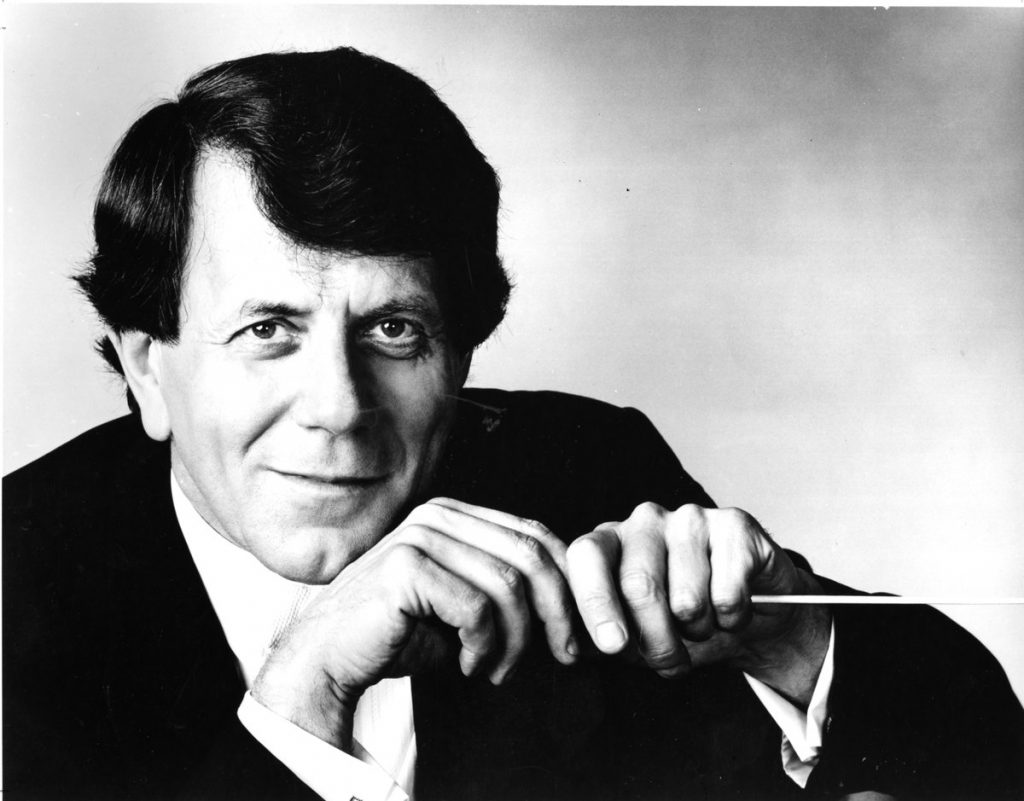 Raymond Leppard was the Indianapolis Symphony Orchestra's conductor laureate and the music director from 1987 to 2001. He died Oct. 22 at 92 years old.

Raymond Leppard, who boosted the international profile of the Indianapolis Symphony Orchestra over 14 years as its music director, died on Tuesday morning. He was 92.

During his tenure from 1987 to 2001, Leppard led the orchestra on international tours and focused on producing recordings and radio broadcasts to extend the group’s reach and solidify its reputation.

“He will be profoundly missed, but his legacy will live on through his writings, his recordings, his compositions and arrangements, and most especially in the musicians whose lives were remarkably influenced by his artistry,” said ISO Music Director Krzysztof Urbański in a media release.

Among his accomplishments with the ISO, Leppard conducted eight recordings and launched “Indianapolis On-The-Air,” a syndicated radio broadcast of performances that continues to air across the United States. He proposed the tradition of beginning the orchestra’s season with a star-studded gala and established the Classical Christmas Concert.

Born in London in 1927, Leppard was educated at Trinity College, Cambridge. In the late 1950s, he accepted a post at Cambridge as University Lecturer in Music, beginning his joint career as an academic and a performer.

A devotee of the harpsichord and chamber music, he also was considered instrumental in reviving interest in Baroque operas, including works by Cavalli and Monteverdi, in the early 1960s.

Over the course of his career, Leppard made more than 170 recordings and won five Grammys. Leppard also composed or adapted music for several film scores, including for “Lord of the Flies,” “Laughter in the Dark,” “Alfred the Great” and “The Hotel New Hampshire.”

He was an in-demand guest conductor for orchestras around the world, taking the baton for groups including the New York Philharmonic, Boston Symphony, Philadelphia Orchestra, Los Angeles Philharmonic, Pittsburgh Symphony, Israel Philharmonic and the BBC Symphony.

He became a U.S. citizen in 2003 and continued to reside in Indianapolis up to his death.

“By making Indianapolis his permanent home, Maestro Leppard was able to serve as a champion of classical music in this city, conducting concerts, teaching, and inspiring others to cherish the music he loved,” said ISO CEO James Johnson in a media release.

Among his local commitments, Leppard was an artist in residence at the University of Indianapolis for the last 25 years. He conducted ensembles and staged performances that drew on his talents as a pianist, harpsichordist, lecturer, composer and arranger.

“He put an indelible stamp on this city and this orchestra,” Johnson said. “We will think of him fondly every time we hear or perform one of his favorite works.”