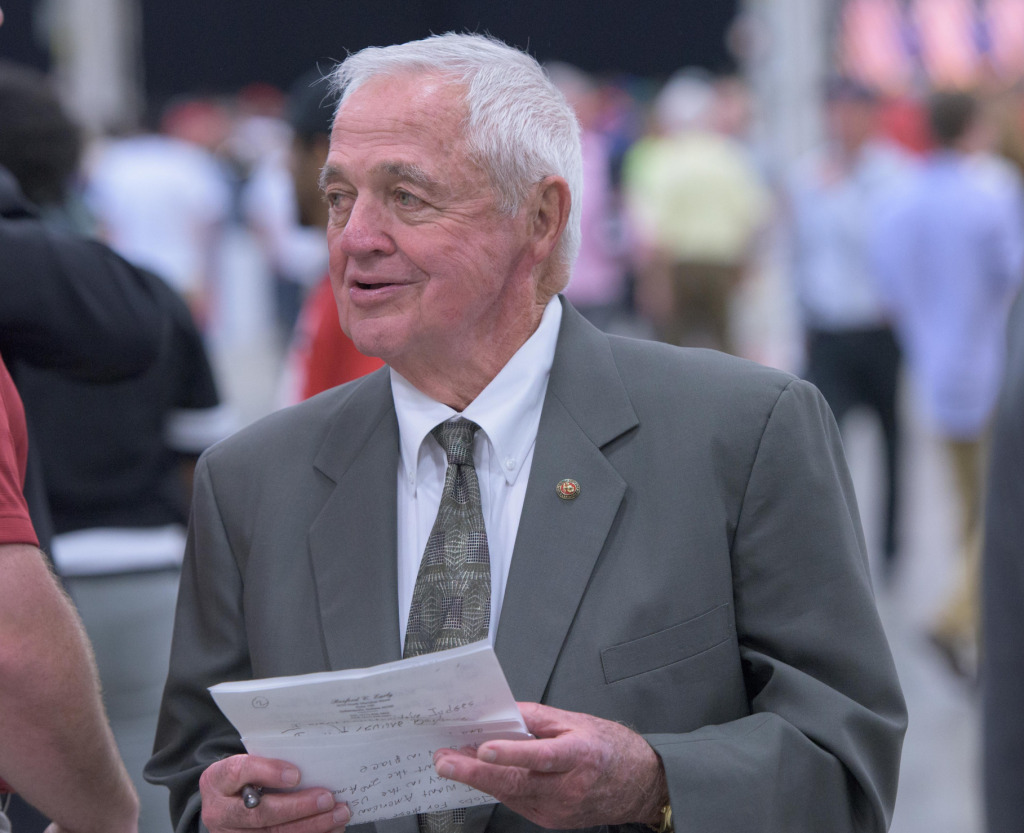 Early, who served in the Indiana House of Representatives in the 1960s, was Republican state chairman from 1991 to 1993 and became well-known around the state for his years as a regular on political TV show “Indiana Week in Review.”

As a national committee member for the GOP, Early either led or was heavily involved in the Indiana campaign operations for numerous presidential candidates, including Ronald Reagan, Bob Dole and Newt Gingrich. He was volunteer chairman of former President Donald Trump’s campaign in Indiana in 2016 and Trump’s at-large delegate.

Early ran for governor in 1996, but lost in the primary to former Indianapolis Mayor Stephen Goldsmith. He was member of Mitch Daniel’s gubernatorial campaign committee in 2004.

“Rex was truly one of a kind—and most everyone who knew him would agree—Thank God for that,” Holcomb said in a written statement Saturday morning. “As a man of many eras, he was the Indiana Republican Party’s Iron Man.

“His support was coveted. From dog catcher to U.S. President, lines formed at his door for an endorsement. His wit was a weapon that could take over a room, or torpedo a campaign. He wore the ring, and just preferred you kiss it.”

Early was born in Springfield, Missouri, and grew up in Vincennes, Indiana. He served as a sergeant in the U.S. Marine Corps and was stationed in Japan during the Korean War. He graduated from Indiana University and also studied at Indiana State University and Vincennes University, where he would later serve as longtime chairman of the board of trustees.

He co-founded two Indianapolis-based businesses: Mid-States Engineering and Carlisle Insurance, both of which he eventually sold.

His book “It’s A Mighty Thin Pancake (That Don’t Have Two Sides),” was an often humorous but sometimes serious look at his life in politics.

“Rex Early was a Hoosier legend,” Indiana Republican Party Chairman Kyle Hupfer said in written comment. “Throughout his life, Rex would contribute to the Indiana Republican Party more than just his chairmanship. His colorful personality and infamous storytelling helped our conservative message reach thousands of Hoosiers across the state and shape our party’s image.”

Early is survived by his wife, Barbara, three children, eight grandchildren and one great-grandchild.

Visitation is scheduled for St. Pius X Catholic Church on Tuesday from 5-8 p.m. Additional visitation will be from 10-11 a.m. Wednesday, followed by services and interment at Union Chapel Cemetery.

A “Celebration of Life” is scheduled for White River Yacht Club from noon-3 p.m. Wednesday.