Home » Mark Montieth: Legalization of sports wagering dangerous for some 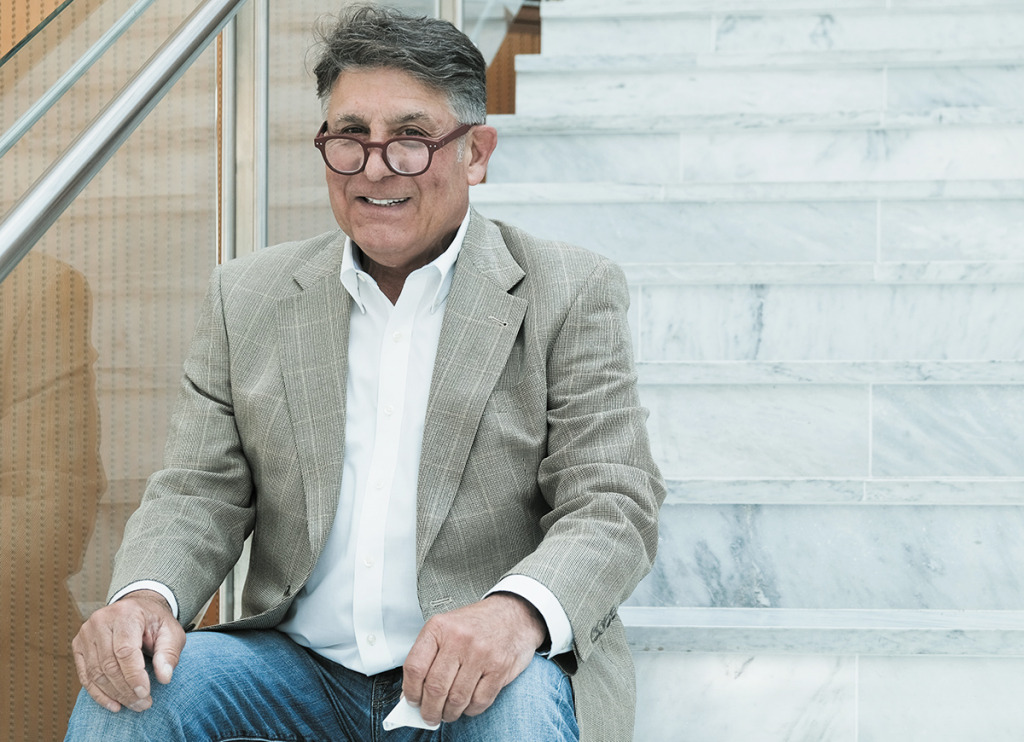 Chuck Bovis is 20 years into his recovery from a gambling addiction and has long mentored others trying to break the same addiction. (IBJ photo/ Eric Learned)

He knew he was in trouble when he began placing bets on table-tennis matches. Yes, table tennis. Putting down as much as $1,000 on two men in another country competing in a game most people play for fun in their basement.

Hey, the pandemic had wiped out most sporting events in the United States. How else was a gambler supposed to feed his addiction?

“Matches were 15 minutes, so I put a bunch of money on somebody just looking at the odds, not knowing a single thing about any of it,” Billy says. “I didn’t know anything about them; they could have been 13 years old.”

Billy isn’t his real name, but his gambling problem was as real as the loans he was taking out to finance his habit and as real as the weekly Gamblers Anonymous meetings he now attends to ward off the demons. “Billy” hasn’t placed a bet since Nov. 23 of last year, when the stress of it all finally became too much to bear, but he stands as one of the casualties of a gambling current that now rushes unabated in Indiana.

The state-run lottery and parimutuel betting on horse races became legal in 1989. The state’s first casino opened in 1995. Wagering on sporting events became legal in September 2019, and that opened the floodgates. Suddenly, placing a bet became as simple as executing a few taps on a smartphone. At any time, from any place.

For someone with an addictive personality such as Billy, it was too much to resist. He underwent treatment for heroin and cocaine abuse 20 years ago, but he considers his gambling habit an even worse burden because it dominated his focus every waking hour. He says he’s never been “a casino guy,” but the lure of betting on sporting events provided an endless adrenaline rush that was difficult to contain.

“I was so drained from not sleeping, from borrowing money from every loan company I could find,” he says. “The exhaustion … playing with my daughter and having to have my phone open to check out scores out of the corner of my eye or going into the bathroom to check the score of Finland vs. Sweden in soccer. I was a mess.

“It got to the point I didn’t care if I won or lost, really. It was just the action.”

‘This is their last resort’ 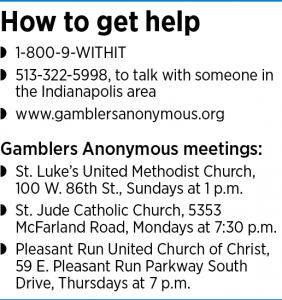 Wagering on sporting events is harmless fun for many people, but it can destroy jobs, homes, marriages and even lives if the addiction becomes overwhelming. Billy was headed in that direction. Not even the pandemic-related cancellation of so many sporting events deterred him. There was always something to bet on. You think table tennis is extreme? He also bet on people playing Madden NFL video games.

He estimates he won only about 20% of his bets. The losses caused him to drink more, which caused him to gamble more, which further impeded his judgment and led to even more losses. At his lowest point, he was about $20,000 in debt.

When he finally admitted to himself that he needed help, he called the local chapter of Gamblers Anonymous. The voice at the other end belonged to Chuck Bovis, a recovering gambler and longtime mentor to others trying to break loose from the grip. Bovis marks his turning point as Aug. 28, 2000, when he attended his first GA meeting after placing his last bet. He regularly attends two of the three weekly meetings to offer counsel.

Bovis is qualified to help someone with a gambling problem because he’s been there. He experienced the high of winning $42,000 in a trifecta at the Arlington Park horse track near Chicago and the low of losing 13 consecutive bets on college football. He once went 3-1/2 years without placing a bet, then suffered a relapse. He estimates he lost as much as $500,000 to his gambling habit overall, not to mention his job and his marriage.

And that was when most forms of the vice were illegal and conducted through bookies. It’s much easier now. That’s why attendance at GA meetings in the Indianapolis area has risen in recent months despite a pandemic that discourages social interaction, and calls to the hotline numbers have jumped significantly.

“They’re usually in pain,” Bovis says of the callers. “They’re in financial and emotional distress. I’ve had people who were suicidal. You have to be very gentle with them. They’re at their wits’ end. This is their last resort. You just have to give them some hope”

The temptation for problem gamblers is greater than ever now because the come-ons are so pervasive. Sports-talk radio and televised sporting events are filled with commercials for gambling sites. A media outlet or sports franchise can’t be blamed for accepting their advertising dollars, particularly during a pandemic when revenue is severely compromised, but the potential danger to consumers is undeniable.

A recent Indiana Pacers game included advertisements for the Fanduel and Draft Kings sportsbooks during the pre-game show, a pop-up plug for Draft Kings during a free-throw attempt, an ad for BetMGM.com during the commercial break after the first timeout, and ads for Fanduel and PointsBet at halftime. Fanduel sponsored the report of scores from other league games in progress. A commercial for BetRivers.com appeared postgame. Draft Kings and PointsBet also have purchased signage inside Bankers Life Fieldhouse.

All Pacers games, meanwhile, are broadcast on the Bally Sports Network, a collection of regional networks launched March 31 for which Bally’s, a casino operator, purchased naming rights.

It’s all in good fun until someone’s life is ruined or gamblers become so entrenched that they work to influence the integrity of the games. That has happened sporadically throughout the history of sporting events and has had a major impact on professional basketball in Indianapolis.

The city was among the 17 charter members of the National Basketball Association in the 1949-1950 season with the Olympians, a team built around five former University of Kentucky players who had won championships in both the NCAA and NIT tournaments and had composed the bulk of the gold-medal-winning team in the 1948 Olympic Games. They won over the city quickly, occasionally selling out home games in Butler Fieldhouse as they won their division with a 39-25 record and advanced to the second round of the playoffs.

Heading into the 1950-1951 season, after the league had been pared down to 10 teams, the Olympians’ star players, Alex Groza and Ralph Beard, were implicated in a point-shaving scandal dating back to their college careers and banned from playing in the NBA. Without their two best players—both of whom had started in the NBA’s inaugural All-Star Game in 1951—the Olympians faded into oblivion and folded after the 1952-1953 season.

If not for that, the Olympians might still be playing today.

Seventeen years later, the Pacers became a charter member of the American Basketball Association. One of its core players was future Hall of Famer Roger Brown, who had been declared ineligible for college basketball after his freshman season at the University of Dayton because of a loose association with game fixers while in high school. Although not officially banned by the NBA, no team in the league dared touch him. He worked the night shift in a General Motors factory in Dayton until the Pacers found him via Oscar Robertson’s recommendation.

If not for his tainted past, Brown would have been three seasons deep into his NBA career when the Pacers began operations and likely unavailable to them. Without him, the franchise’s survival in its early seasons would have been even more tenuous than it already was. It’s possible it wouldn’t exist today. So, the city’s professional basketball franchises have (1) directly suffered and (2) indirectly benefited from sports gambling. Regardless, the threat of another scandal only grows as more people engage in it.

For people such as Billy, the battle to steer clear will be ongoing. He is armed with the constant support of his wife and daughter. His daughter, in fact, yells at the television whenever a gambling commercial comes on and reminds him to attend his weekly GA meeting. His current addiction is reading, something he hated to do when he gambled. He’s more connected with his family. He’s performing better at his job. He’s rebuilding his credit.

He also feels no temptation to place another bet, even when the sites he once patronized send e-mails wondering where he’s been. But the threat of a relapse will never go away.

“I know any second I could get that urge,” he says.•

Montieth, an Indianapolis native, is a longtime newspaper reporter and freelance writer and author of three books.

3 thoughts on “Mark Montieth: Legalization of sports wagering dangerous for some”