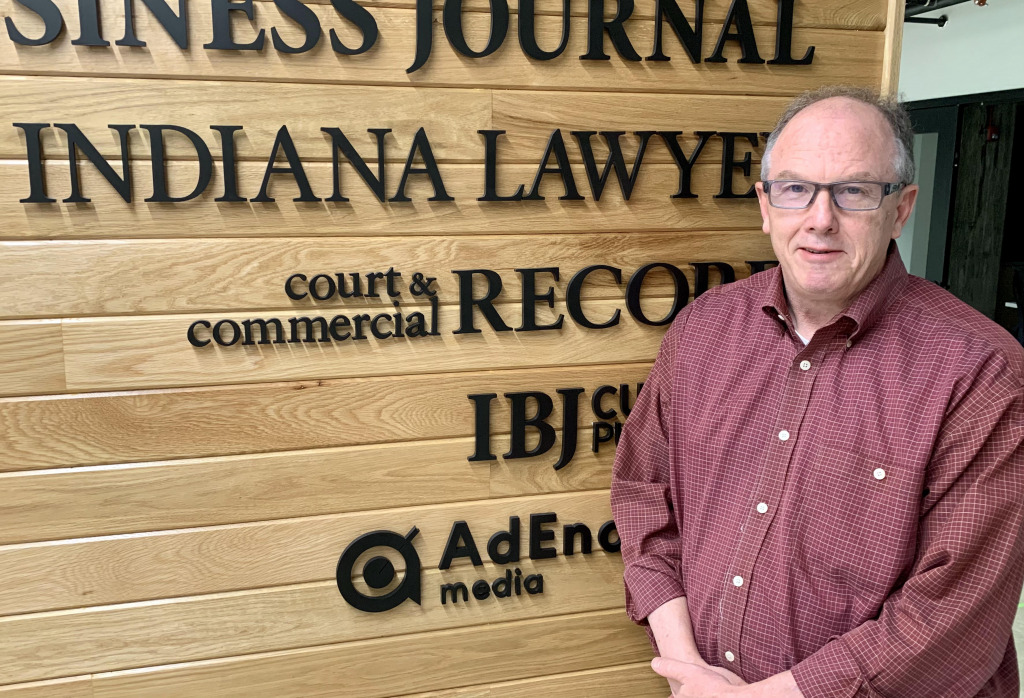 IBJ Media on Tuesday named veteran editor and journalist Greg Andrews as the publisher and editor of The Indiana Lawyer, the first step in what CEO Nate Feltman called a major push to boost the profile and readership of the statewide legal publication.

Andrews, 55, a former editor of the Indianapolis Business Journal, takes over immediately from Dave Stafford, who had led the publication as editor for three years. Andrews moved into the role of investigative reporter and columnist at IBJ in January and will continue doing work for the publication as a contributing writer.

Feltman, who co-owns IBJ Media, said he’s confident that under Andrews’ leadership, The Indiana Lawyer “will become an even more essential read for the legal community and beyond. We have the opportunity to become much more relevant both in central Indiana and statewide.”

The Lawyer, launched in 1990, covers the Indiana legal community, courts and judicial opinions in an every-other-week newspaper and daily at TheIndianaLawyer.com and through daily email newsletters. The Lawyer has about 5,500 subscribers, a number that has been growing since it instituted a paywall last year that limits the number of stories readers can access without a subscription.

Feltman said the top priority for The Indiana Lawyer team will be analyzing its coverage to determine how to best serve subscribers. He said The Lawyer will seek input “from an advisory council of attorneys to get thoughts and ideas” about coverage.

Also on the priority list, Feltman said, “is looking at how we up our game on the digital front” and finding ways to use events to highlight trends and progress in the legal community, especially in terms of diversity.

“Greg has a long history of positive progress with multiple publications in the world of journalism,” including eight years as IBJ editor, the last of which culminated with a subscription record, Feltman said. “And Greg has a lot of ideas about how we can grow the relevancy and the interest of The Lawyer on a statewide basis. That combination, I believe, has an opportunity to really propel The Indiana Lawyer’s growth.”

As editor and publisher of The Lawyer, Andrews will oversee both the editorial and business sides of the publication. Feltman previously served as publisher while Stafford was editor.

Stafford, who is leaving IBJ Media, joined The Indiana Lawyer nine years ago and was named editor three years ago. Feltman said that under Stafford’s leadership, The Lawyer “excelled at covering big stories, from the Curtis Hill scandal to a shooting involving two judges outside the downtown White Castle.”