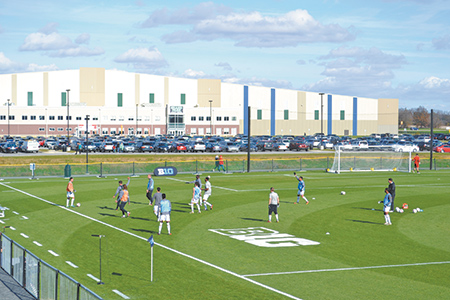 The city of Westfield on Friday announced that seven proposals are under consideration from bidders interested in acquiring Grand Park Sports Campus or operating it through a public-private partnership.

That list has been whittled from about 18 entities that initially responded to an initial request for proposals in April.

Proposals still in the running came from:

Indy Sports & Entertainment, which does business as the Indy Eleven professional soccer team, already has a strong relationship with the park, which it considers the club’s official training center. The men’s senior team has trained at Grand Park since its inaugural season in 2014.

The Eleven’s United Soccer League Academy teams have trained at the facility since 2021 and the club’s new USL W League (senior women) is also be based at Grand Park for both training and games.

Clearwater, Florida-based Sports Facilities Cos. manages dozens of sports and recreation facilities around the country, including the Space Coast Complex in Melbourne, Florida, and Elizabethtown Sports Park in Kentucky. It also offers development and advisory services.

Anytown USA is a Chicago-area-based developer that focuses on building youth sports facilities.