MediaTek USA announced Tuesday that the center, which is expected to create up to 30 jobs, represents its first partnership with an American university, as well as a new growth model for the company. 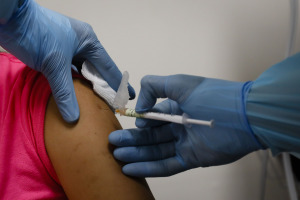 Government advisers debated Tuesday if Americans should get a modified COVID-19 booster shot this fall—and exactly how best to update it to fight a virus that surely will change even more by then.

Indiana’s attorney general argued that after last week’s Supreme Court ruling, those challenging the laws “can claim no constitutional right to an abortion.”

U.S. consumer confidence slumps to lowest level in 16 months 11:04 am

Indiana banking on appeal of free one-year college certificates 12:05 am

CICP leader David Johnson to retire after 10 years at helm

Home of the Day

Brought to you by Taft