Home » 1902 movie made in Indianapolis added to National Film Registry 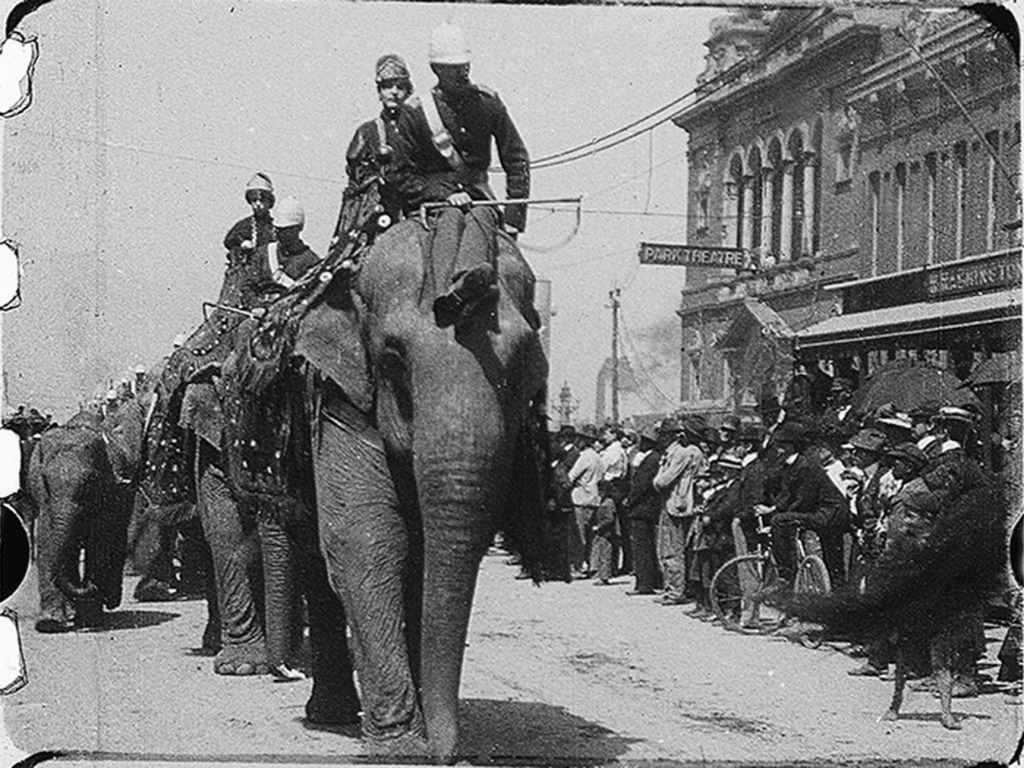 Featuring popular movies such as “Return of the Jedi” and “Lord of the Rings,” this year’s class of 25 films added to the National Film Registry of the Library of Congress also includes a silent short showing a Ringling Bros. circus parade in downtown Indianapolis in 1902.

The 3-minute film features elephants, camels and caged lions traveling south on Capitol Avenue past the Indiana Statehouse and traveling east on West Washington Street past the future home of the Indiana Repertory Theatre.

Titled “Ringling Bros. Parade Film” and released by the Selig Polyscope Company in July 1902, the film is the 11th oldest movie in the National Film Registry. The oldest, “Newark Athlete,” is an 11-second clip made in 1891.

When announcing this year’s class of films on Dec. 14, Librarian of Congress Carla Hayden said Black residents seen along the parade route factored in the movie’s selection for the National Film Registry.

“African Americans were rarely shown in films of that era,” Hayden said, “and then only in caricature or mocking depictions.”

Although “Ringling Bros. Parade Film” likely was shown in theaters, the movie faded into obscurity until a husband and wife from Oakland, California, donated an unmarked film canister to the Niles Essanay Silent Film Museum in Fremont, California, in 2011.

According to David Kiehn, the museum’s historian, the couple said they found the canister in their basement in the 1970s.

Kiehn did the detective work to pinpoint 1902 as the film’s date and Indianapolis as the location. He knew the movie predated 1910 because of non-standard perforations in the cellulose nitrate film.

The museum posted its restored version of the film, along with Kiehn’s story of identifying its date and place, to YouTube in October 2020.

Kiehn said the film is the oldest nitrate print in the museum’s collection of hundreds of movies.

“It was in pretty good shape when we got it,” he said. “It’s held up pretty well.”

For context, Kiehn said the Indianapolis film was made just eight years after the first movies were viewed by the public.

“It’s so very early in the scheme of things,” Kiehn said. “The first films from the Edison laboratory weren’t seen until 1894. That first decade was quite a time period for movies, when things were being featured out.”

“Ringling Bros. Parade Film” is the second National Film Registry selection that Kiehn worked on. “A Trip Down Market Street,” a San Francisco film made four days before that city’s 1906 earthquake, entered the registry in 2010.

The 25 films selected for the registry in 2021 are listed at the Library of Congress website.