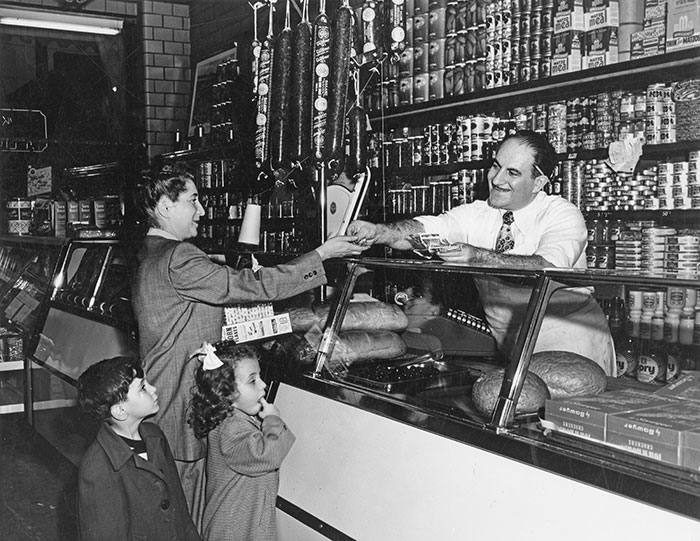 Now an Indianapolis staple, Shapiro’s Delicatessen opened its doors in 1905 as a small grocery deli serving the south side. The store was opened by Louis and Rebecca Shapiro, who had immigrated to the United States from Russia. Upon arriving in Indianapolis, they sold flour and sugar on the street from a pushcart. After raising capital for two years, they were able to open the deli. They and their eight children lived in an apartment upstairs. In 1934, the deli began transitioning into more of a restaurant, and the cafeteria opened in 1940. Max Shapiro, shown in this 1950 photo, was one of Louis and Rebecca’s sons. Now into its fourth generation, Shapiro’s is operated by Brian Shapiro.

Credit: This photo is courtesy of the Indiana Historical Society and is part of the Indianapolis Bicentennial Collection. More images are available at images.indianahistory.org.