With few exceptions, the recession stung Indiana companies in 2009. Of the 50 largest public companies, only eight reported
more revenue than in the previous year. Forty saw revenue drop and two were flat.

Of the next 25 largest, only two—property and trucking insurer Baldwin & Lyons Inc., and software developer Interactive
Intelligence Inc.—saw greater revenue. 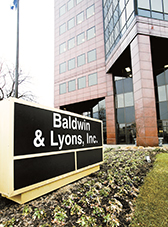 Health insurance giant WellPoint Inc., the largest company in the state, held steady at $61.2 billion, but Carmel-based Conseco
Inc., the No. 5 company on the list, saw a 4-percent increase, to $4.3 billion.

Conseco, which changed its name to CNO Financial Group Inc. in March this year, experienced gains at both the holding-company
level and its operating businesses. That included strong performance at Bankers Life and Casualty, which increased 12 percent,
to $278 million, although Colonial Penn was down 16 percent, to $42 million.

And Baldwin & Lyons enjoyed the biggest percentage increase in revenue among the top 50 public companies—48 percent,
from $156.9 million to $232.7 million. The Indianapolis-based company reported that premiums written by its insurance subsidiaries
increased 13 percent for the year. The premium volume was concentrated in new products and private passenger automobile. 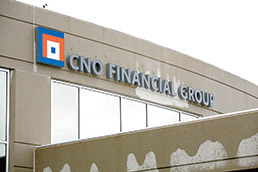 Interactive Intelligence, which saw revenue jump from $121.4 million to $131.4 million, noted optimism from customers and
prospects, especially in the fourth quarter, when it closed 19 transactions of more than $250,000 and two of more than $1
million. 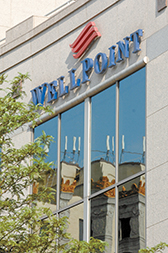 Analyst Jack Plunkett, CEO of Plunkett Research Ltd., said the drugmaker did well in an environment that included both “astronomical
costs” for bringing new drugs to market and pricing pressure from the government.

Gregg’s growth in its fiscal year ended in March 2010 was driven by opening 21 stores as part of its long-term expansion
plan.

Sales at its locations open at least a year fell 6.6 percent—no surprise for an appliance and electronics retailer
during a slow economy.

Like Gregg, Republic Airways benefited from expansion in 2009. The airline acquired Frontier Airlines of Denver and Wisconsin-based
Midwest Airlines, and the result was flying more passengers and more miles than ever before. Although the company reported
a $36.5 million loss in the first quarter of 2010, spokesman Carlo Bertolini said Republic expects to turn a profit this year.

Some companies that experienced decreases in revenue saw a silver lining. Cummins
Inc.’s revenue fell 25 percent in 2009—from $14.3 billion in 2008 to $10.8 billion in 2009. Mark Land, spokesman
for the Columbus diesel-engine maker, said the recession certainly hurt, but that it would have been difficult to repeat the
record sales of 2008.

“Like everybody else, we started to get hit late in 2008—and the first half of last year was really difficult,”
Land said. “We were down across the board in all of our businesses. The second half of the year, things started to pick
back up a little bit and we had some one-time situations in some of our markets that led to really strong sales in the U.S.,
especially in the fourth quarter.”•