Several restaurants are planning new locations in the Indianapolis area:

Cooper’s Hawk Winery & Restaurant, an upscale chain based in Illinois, is taking the former home of Bahama Breeze
at 3815 E. 96th St., the company says on its website. The space has been vacant since 2007, when Bahama Breeze closed, blaming
a location without enough visibility.

Cooper’s Hawk features a Napa-style tasting room with its own mix of wines. The wines inspired a menu of dishes such
as blackened blue steak salad and pistachio crusted grouper, along with a lineup of gluten-free options. The chain has four
locations in Illinois. 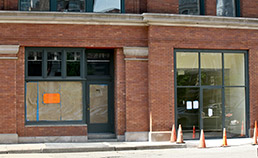 Pearl Street Pizza & Pub is taking space in the Century Building downtown around the corner from Coaches Pub and O’Reilly’s
Irish Bar & Restaurant. The space has a Pennsylvania Street address but an entrance on Pearl Street, which runs between
Meridian and Pennsylvania streets. The owner is Charles Andrus, of Pearl Street Entertainment Group, who previously had an
interest in O’Reilly’s.

Bluewaters Restaurant has filed plans for a 9,000-square-foot spot at 123 N. New Jersey St., across the street from the Hudson
condo development. The restaurant would be owned by Mo Hanif, who owns the nearby Citgo station and has been trying at least
three years to develop a restaurant for the site. No confirmation yet that Bluewaters will serve Caribbean food, as initially
planned back in 2007.