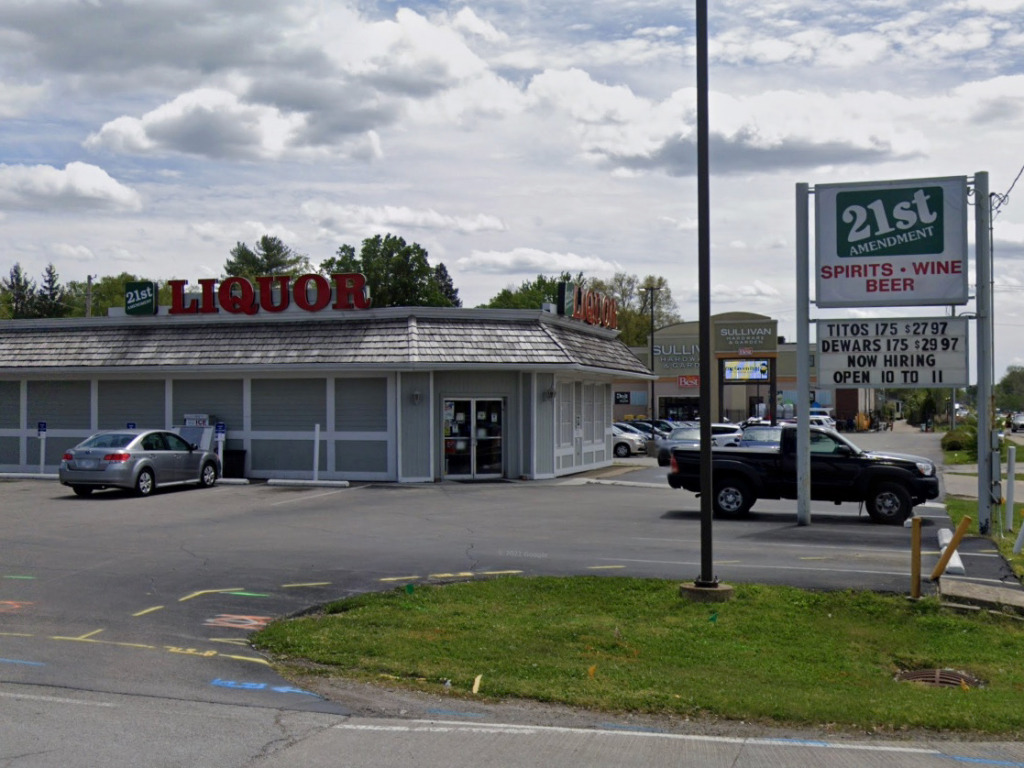 This 21st Amendment Wine and Spirits location at 7069 N. Keystone Ave. is one of more than 15 stores in the company’s chain. (Google Maps image)

Indianapolis-based 21st Amendment Inc., a liquor store chain founded in 1971, is selling all 20 of its stores to US Liquor Group LLC, an Indiana company founded in September.

The transfer of licenses for eight 21st Amendment locations in Westfield, Carmel, Noblesville and Fishers will be considered by the Alcoholic Beverage Board of Hamilton County on Jan. 10.

Alex Ghoman attended the alcoholic beverage board meeting, but he declined to discuss the sale following the meeting.

The stores will continue to be known as 21st Amendment Wine and Spirits.

Jim James, founder of 21st Amendment, opened his first location near the intersection of 71st Street and Michigan Road. James died at age 85 in February 2021.

According to an October 2020 report by national liquor trade publication Market Watch, the 21st Amendment chain generated $38 million in annual sales. About 150 employees worked at the stores.

Beer, wine and liquor package store licenses were approved for transfer to US Liquor Group for the following 21st Amendment stores:

In Hamilton County, transfer of beer, wine and liquor package store licenses are being considered for the following 21st Amendment stores:

In February, transfer of beer, wine and liquor package store licenses will be considered for the following 21st Amendment stores in Marion County: