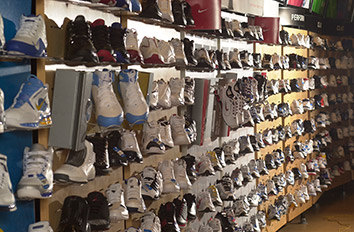 Athletic shoe store chain The Finish Line Inc. said Tuesday that its fiscal third-quarter profit skidded 37 percent as a one-time leg up from a tax windfall last year was not repeated.

The results raced past the 5 cents per share of profits expected by analysts polled by Thomson Reuters, who were also looking for just $249.1 million in revenue.

The company also said sales at outlets open more than a year were up 4.5 percent from Nov. 28 through Dec. 19 compared to the same period a year ago.