A Cincinnati-based bank with a strong Indiana presence has been named among the fastest-growing companies in troubled industries by Fortune magazine.

First Financial Bancorp has more than $6 billion in assets and has been profitable the last 83 quarters, according to Fortune.

The bank has 45 of its 104 branches in Indiana, including locations in Indianapolis, Avon, Carmel and Franklin. First Financial, which took over operations of failed Irwin Union Bank of Columbus two years ago, recently announced the purchase of all 22 Flagstar Bank branches in Indiana. 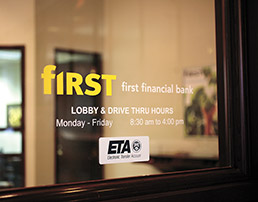 The bank, which also has branches in Ohio and Kentucky, announced last October plans to build a new banking center in downtown Columbus, Ind.

CEO Claude Davis attributed the bank’s growth to a push to increasing awareness of the brand.