Hurco is one local company that will be keeping an eye on the European economy.

Europe accounted for more than 60 percent of the machine-tool maker’s sales in the first nine months of the fiscal year ended July 31, Hurco reported earlier this month. 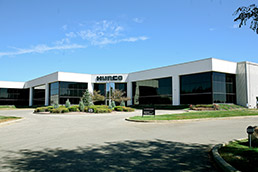 Hurco earned a $4.6 million profit in its fiscal third quarter, compared with a year-ago loss of $1.2 million. (IBJ File Photo)

The weak U.S. dollar had a favorable impact on sales of $3.3 million, Hurco said.

Diluted earnings per share were 70 cents, versus a per-share loss of 18 cents.

European manufacturers buy most of Hurco’s higher-end models, which boosts profitability, the company’s management explained in a quarterly filing. But Hurco has seen overall shipments resurge in North America and Asia Pacific, too.