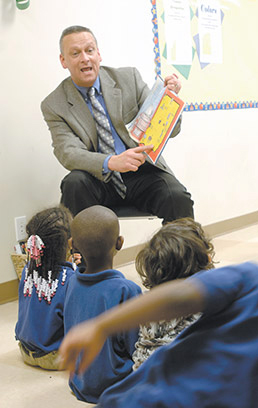 Clearly, the Republican incumbent and chief school reformer has better access to deep pockets than Ritz, a media specialist at Crooked Creek Elementary in the Washington Township district.

So what’s Bennett really running for?

The level of fundraising in this race is unprecedented and speaks to Bennett’s opportunities on the national stage, said political analyst Ed Feigenbaum, publisher of the Indiana Legislative Insight newsletter. Bennett could attract attention from Republican presidential candidate Mitt Romney’s campaign as a pick for secretary of education, Feigenbaum said.

He could also ward off Democratic challengers in Indiana for a long time to come. (There are no term limits on the top educator’s office.)