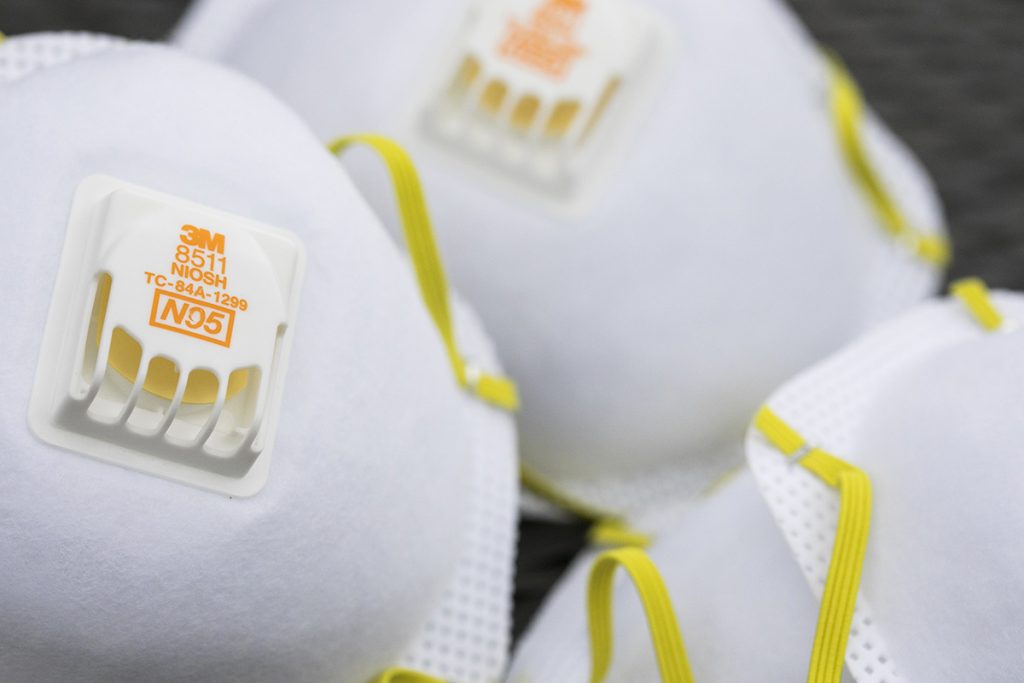 Manufacturing giant 3M Co. has filed suit against a Nevada company that it alleges tried to “perpetrate a false and deceptive price-gouging scheme” by offering to sell the state of Indiana respirators for $285 million to $14.25 billion.

In its complaint, filed Thursday in U.S. District Court in Indianapolis, 3M accuses Reno, Nevada-based Zenger LLC and its agent, Zachary Puznak, of contacting high-ranking Indiana officials and offering to sell them up to 100 million N95 respirators on behalf of 3M.

“3M has no affiliation whatsoever with defendants, whose fraudulent scheme during a global pandemic represents not only a new low in rapacious profiteering, but also endangers lives by diverting state officials from legitimate sources of much-needed respirators,” Saint Paul, Minnesota-based 3M says in its complaint, filed by the Indianapolis office of law firm Faegre Drinker Biddle & Reath LLP.

In addition to Zenger LLC—which does business as ZeroAqua—and Puznak, the complaint names 10 unknown individuals as defendants, calling them John Does 1-10.

On its website, ZeroAqua sells a device that it says disinfects N95 respirators. The site displays an unauthorized photo of the respirator and the 3M trademark, the complaint says.

The suit says Puznak first emailed Earl Goode, chief of staff to Gov. Eric Holcomb, on April 14 and said he had “a nice Easter gift for you and the State of Indiana.” Puznak offered to sell up to 100 million 3M respirators at a “special rate” of $2.82 each, which 3M said is more than double its posted list price.

The defendants also claimed to be working to “find procurement solutions with the States of Michigan, Connecticut, New York and Massachusetts,” the complaint says.

On April 24, the suit says, the defendants contacted Luke Bosso, senior vice president and chief of staff of the Indiana Economic Development Corp., and made another offer: a minimum of 100 million respirators or “up to 5 billion total” at $2.85 each.

The suit says the defendants included a 10%-off bonus offer, “as if they were a huckster at the state fair.”

The complaint points out that 3M’s current annual global production of all 3M N95 respirators is 1.1 billion, which is 3.9 billion fewer than Puznak offered to sell the state.

Bosso said the IEDC would need confirmation from “corporate 3M” to consider a deal, which the defendants failed to produce.

The complaint says Zenger LLC was registered to do business in Nevada in 2018. The address of its managing member, Dennis Puznak, is in Reno.

3M said Zachary Puznak sought customers internationally via his LinkedIn page, where he falsely claimed to be working directly with 3M.

The suit says Puznak has a gofundme.com page entitled “Canadian Stranded in Vegas,” which said in a March 16 post that he has been building “a startup company in Las Vegas the past 5 months” and was down “to last scraps in the bank account … when the virus issue hit.” He was seeking to raise $1,000.

Puznak did not reply to an email Thursday night seeking comment on the suit.

3M said it filed the suit to force the defendants to provide an accounting of all manufacture, distribution and sales of products under the 3M marks. The company is seeking actual damages as well as statutory treble damages, costs and reasonable attorneys’ fees in undetermined amount.

The company said much of the award, if any, would be donated to charity.

Facing White House pressure, 3M reached an agreement in early April to import 166.5 million N95 respirators to the United States from China, which allowed it to continue exporting its U.S.-made respirators.

According to The Associated Press, 3M filed suit last month against a New Jersey company that allegedly claimed it was an authorized distributor of 3M products when it tried to charge New York City five to six times the regular price for personal protective equipment.