Home » Former Thomson site may finally be ripe for redevelopment

The vacant 49-acre Sherman Park business complex might finally be redeveloped now that the owner has exited bankruptcy and demolition has started on its main building.

Two groups led by Bloomington investor Peter Dvorak bought the former Thomson Consumer Electronics/RCA plant out of receivership in 2008, and had hoped to spend more than $20 million to renovate and lease the 13-building campus. 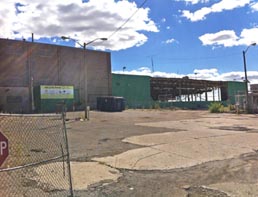 Demolition is beginning on the former Thomson Consumer Electronics/RCA plant, improving the chances the site could be redeveloped. (IBJ Photo)

But financing for the improvements fell through, and a lack of new tenants meant rent payments were not sufficient to cover debt service and property taxes.

“Our timing obviously was terrible,” Dvorak said. “We acquired it right at the beginning of the Great Recession, and we were not able to get the financing needed to make it work. That was kind of like the kiss of death.”

The ownership group filed bankruptcy in 2010 with the blessing of its largest lender, Fairport, N.Y.-based Pramco LLC, in part to try to keep some delinquent parcels out of a county tax sale.

The properties had secured debt of $5 million, including $3.5 million owed to Pramco, and another $2 million to $3 million in unsecured debt.

Dvorak’s attempt to keep the parcels out of a tax sale was unsuccessful, however. As part of the reorganization agreement, 12 parcels in which back taxes total $901,000 are listed in this year’s sale, which runs Thursday and Friday.

“We tried to deal with the gargantuan property taxes,” said Dvorak’s lawyer, KC Cohen. “Ultimately, it was so financially unfeasible that nothing could work.”

The biggest parcel of the complex northwest of Sherman Drive and East Michigan Street contains the 750,000-square-foot main building that should be completely demolished within the next 60 days, Dvorak said.

Demolishing the building is part of the reorganization plan, in which the contractor agreed to tear down the dilapidated structure at no charge if he could keep the scrap, Cohen said.

That parcel, in which Dvorak owed nearly $1.3 million in overdue taxes, was listed in last year’s county tax sale. No one bid on the property. In those instances the county, as the buyer, can expedite the usual 12-month timeframe an owner has to pay the taxes, which it chose to do in February.

In the meantime, Dvorak and the county agreed to delay the filing of the property deed to the county until demolition is complete, so the county will have a clean, shovel-ready site that it can use as a “carrot” for redevelopment, Dvorak said.

John Franklin Hay, executive director of Indy-east Asset Development, a community development corporation whose boundaries include the former RCA property, is hopeful someone will show interest in the site.

His group, along with a few others, such as Near Eastside Community Organization Inc., met in August to discuss potential re-uses and plans to convene again following the tax sale. A light industrial use might make the most sense, Hay said, particularly since there’s a rail line running through the middle of the complex.

“The fact that [the property] is right in the center of the near-east side, we’d really like to see a coordinated effort for its strategic development,” he said. “Historically, this was a site that generated income and economic vitality for a lot of east-side neighbors.”

The city, though, has yet to mount a full-scale effort to redevelopment the property.

“The thing’s been foundering in private hands for years,” said John Bartholomew, spokesman for the Department of Metropolitan Development. “We just need to let it play out and see what happens.”

One of the last tenants, the not-for-profit RecycleForce, left last September.

The property originally was developed in the 1920s as the local headquarters for RCA, which was acquired by General Electric Co. in 1986. A year later, GE sold the former RCA to Thomson Consumer Electronics, now Thomson Multimedia.

At its peak in the 1950s, the plant employed 8,200 people, many of them producing TV components. But Thomson, which owns the RCA brand, sent those jobs to Mexico over the years. In 1994, the company moved its local headquarters from the Indianapolis plant to Carmel.

The actual four-story headquarters building at the northeast corner of Michigan and LaSalle streets east of the main building being demolished likely will be saved, Dvorak said. Two other buildings near the headquarters are slated for demolition to make redevelopment of the headquarters more feasible, he said.

Under the reorganization plan, Dvorak’s creditors also are set to take ownership of some other parcels. The 49-acre complex contains 26 parcels.

Besides the Sherman Park parcels, this year’s tax sale includes about 3,000 Marion County properties in which back taxes are owed. Five other properties list debts exceeding $100,000. Among them is the home of Butler University’s Delta Gamma sorority chapter at 737 W. Hampton Drive.