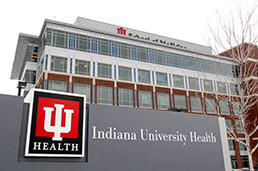 Hospital systems including IU Health laid off hundreds of employees as they braced for implementation of the Affordable Care Act. (IBJ file photo)

The pace of rule-making and decision-making was feverish in the year leading up to the Jan. 1, 2014, implementation of Obamacare.

Employers raced to make sure they were compliant with Obamacare’s new rules that defined full-time workers as those working an average of 30 hours per week. Many restaurants, retailers, public schools and universities tamped down their part-time workers’ hours to 28 per week so they would not qualify for health insurance.

In addition, thousands of employers decided to dodge the new rules by renewing their existing health insurance plans early, giving them until late 2014 to comply with Obamacare.

Obamacare’s lack of impact on employers this year was made up for by a tremendous impact on individuals. An estimated 108,000 of the 178,000 Hoosiers who had purchased health insurance on their own had their policies canceled by insurers because those policies did not comply with Obamacare’s revamping of the individual market.

Healthcare.gov, the website for signing up for Obamacare’s exchanges, was nearly impenetrable during its first two months of operation, limiting enrollment in Indiana to just 3,500, and causing some to worry that only the sickest patients will participate, possibly spiking rates for 2015.

Indiana is not participating in Obamacare’s other method of expanding health insurance: Gov. Mike Pence declined to expand eligibility for the Medicaid program. He instead negotiated a one-year extension of the Healthy Indiana Plan, and is asking the Obama administration to let him use that health savings account-based program to expand Medicaid.