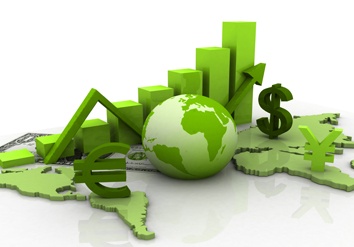 The economy has at least a couple more years of juice left in it before a cyclical slowdown sets in.

That was the take that Fifth Third Bank Chief Investment Strategist Jeff Korzenik delivered in a speech at IBJ’s 2015 Economic Forecast breakfast Thursday morning at the JW Marriott and in a separate interview.

Having started its recovery from the Great Recession in 2008, the economy has entered a stage of maturing growth that could linger, said Korzenik, whose team advises private clients and institutional customers where to invest, but stops short of recommending specific stocks or other securities.

However, Korzenik said, predicting how much longer the expansion will continue is all but impossible. (Story continues below.)

Companies and investors are enjoying reversals of several long-term negative trends, he said.

— Energy prices have receded as natural gas fracking and other exploration increases supplies.

— The U.S. is situated to compete for its share of global manufacturing jobs, mostly because wages in developing countries are rising and eroding those countries’ competitive advantage.

— Consumers have cut debt and thus are positioned to spend more money.

— Housing will gain momentum as people in their 20s leave college and their parents’ homes to form their own households. Most want to live in single-family homes.

Moreover, he added, natural gas exports will increase, and the economy will benefit from the rise of technology in autos and drones as well as from technologies not yet conceived.

The trends are so powerful that the next recession, whenever it arrives, will be shorter and shallower than usual, he said.

Korzenik cautioned that a couple of factors could surprise even seasoned analysts in the next year or two.

The nation’s factories are operating closer to full speed than many think. Industrial capacity, currently near 79 percent, is nowhere near the peak of about 84 percent set in the late 1990s let alone the high 80-percent range reached in the ‘70s.

But factories are becoming obsolete quicker because technology must be upgraded faster to meet rising demands for precision. Looking at the long-term trend of peak capacity, the current economic expansion might push factories to a potential limit of about 80 percent of capacity in just another year.

Investment in such fixed assets as factories, equipment and computers has languished for a couple of decades because much manufacturing moved offshore, and more recently because business confidence was shaken. The result is that the average age of private fixed assets is nearing 22 months—the oldest since 1958.

“We’ve underinvested,” he said. “Some of our industrial capacity may not be so useable. We’re getting to a tighter point than many believe.”

Experts also could be surprised by the labor market in the coming year or two, Korzenik said.

“We have a very substantial proportion that has been out of work for a long time,” he said. “Even though they may want to reenter the labor force, there may be a reluctance on the part of employers to hire them.”

Their limited skills will result in the unemployment rate, currently 5.9 percent, to bottom at about 5 percent in the current economic cycle, he said; it fell as low as 4.4 percent in the prior cycle.

When factories hit capacities, owners might be positioned to raise prices, Korzenik said. Airlines, shippers and other capital-intensive industries could ratchet up prices, too.

Rising prices could prompt the Federal Reserve Bank to push up interest rates to dampen inflation, currently about 2 percent.

However, businesses that rely heavily on labor—restaurants, big box stores and services—will have less price leverage.