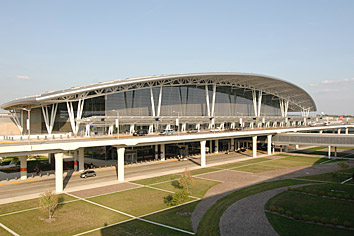 Allegiant Air announced Wednesday morning that Indianapolis is one of five new cities in its network, which links small cities to vacation destinations.

Allegiant introduced the new service with limited-time offers on one-way fares as low as $55 to $85, depending on the destination.

Details of the new service are as follows:

The four other origin cities that Allegiant added to its network are Pittsburgh; Omaha, Nebraska; Richmond, Virginia; and Jacksonville, Florida.

Indianapolis International officials have been racing to try to secure additional airline service to the city, as they try to blunt the impact of consolidation in the industry, including the mergers of Southwest Airlines and AirTran Airways, and US Airways and American Airlines.

Officials also are trying to bolster Indianapolis' convention sector, which has been hurt by a shortage of direct flights, and make the city more accessible to business executives elsewhere who want to do business with Indiana companies.