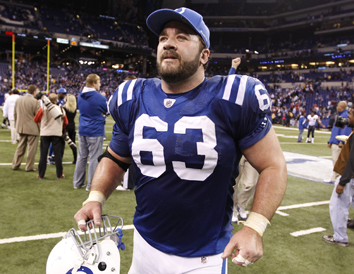 In a case involving retired Indianapolis Colts center Jeff Saturday, the Ohio Supreme Court says it will hear arguments for and against Cleveland's so-called "jock tax" early next year.

At issue is an Ohio law allowing cities to levy income tax on professional entertainers or athletes no matter how long or short a time they're in the state.

Saturday and former Chicago Bears linebacker Hunter Hillenmeyer sued over Cleveland's interpretation of the law, saying Cleveland unfairly imposes a 2-percent income tax based on games played in the city as a percentage of total games played.

The three-member Ohio Board of Tax Appeals ruled in February that Cleveland’s per-game method of calculating taxable income didn’t violate state law. Saturday and Hillenmeyer appealed the case to the Ohio Supreme Court.

The court scheduled a Jan. 14 hearing in the case.