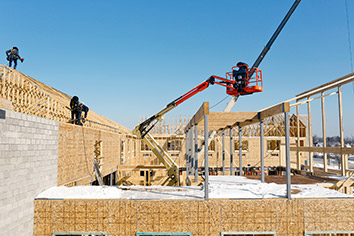 The two sides duking it out over a construction ban on nursing homes spent more than $475,000 over six months to win lawmakers to their sides—a spike of 37 percent over previous years.

And that kind of high-stakes fight is about to happen again.

Sen. Pat Miller, R-Indianapolis, told IBJ she will introduce a bill that would institute a three-year “moratorium” on construction of skilled nursing facilities.

Construction bans of varying lengths passed both the House and Senate when the Legislature was in session early this year. But at the 11th hour, House Republicans deleted moratorium language after Rep. Eric Turner, who is the father of Mainstreet CEO Zeke Turner, spoke out against it during a private caucus meeting.

That move sparked an ethics investigation and ultimately led to Rep. Turner’s ouster from his House leadership positions. He was re-elected in November, but decided to retire from the Legislature.

The two sides in the debate this year spent $475,670 on lobbying and campaign donations during six-month periods running through the end of the session. Supporters of the moratorium spent $15,000 more than opponents.

Supporters spent 25 percent more and opponents spent 52 percent more on lobbying and campaign donations than during similar six-month periods running through the end of the 2012 session. Both 2012 and 2014 were so-called short sessions; sessions in odd years are longer, budget-writing sessions.

Certainly, not all of the contributions were made exclusively because of the moratorium. But it dominated the agenda of nursing home businesses and was big enough for the developers and construction groups that they had 11 lobbyists working on the issue.

“The moratorium was incredibly important to our members,” said Scott Tittle, president of the Indiana Health Care Association, a trade group of for-profit nursing homes that led last year’s lobbying for the construction ban. “We didn’t have any other priority for the 2014 session.”

The IHCA and its largest member, Indianapolis-based American Senior Communities, joined with the two other nursing home trade groups—LeadingAge, and Hoosier Owners and Providers for the Elderly—to spend $199,000 on lobbying. That’s the total they listed on their reports to the Indiana Lobby Registration Commission for Nov. 1, 2013, to April 30, 2014.

Most of that money represents wages paid to the associations’ staff members who lobby. However, outside lobbying firms—including Ice Miller, Barnes & Thornburg and Beebe Scherer & Associates—were hired to help out.

Some of that increase is simply due to the higher wages associations pay their people now than they did two years ago. In addition, a wave of new legislators was elected in the past two years, and the nursing home associations spent extra time to “educate” the freshmen.

“We’ve spent a lot of time trying to get some of the newer legislators into our buildings, just so they can understand long-term care,” said Jim Leich, president of LeadingAge, which represents not-for-profit nursing home operators.

That was actually $11,000 less than the same entities gave during the corresponding period of the 2012 legislative session.

Starting in September, when the boards at IHCA and LeadingAge decided to push for a moratorium, nursing home groups showered Miller with more than $7,000 in less than a month.

The biggest donation, $2,500, came from Jim Burkhart, CEO of American Senior, which operates 75 nursing homes in Indiana, about twice as many as the next-largest company here. Another $1,740 was spent for food for a Miller fundraiser by nursing home operator Hoosier Enterprises.

Miller said the donations didn’t influence her position on the moratorium issue.

“No. And if it did, I should get out,” she said. “People support me because of the work I do.”

Also in September, an American Senior affiliate gave $5,000 to Sen. David Long, president of the Indiana Senate. And in November, Miller’s Health, based in Warsaw, gave $5,000 to the Senate Republican caucus.

The aggressive push for a moratorium right before the session kicked off caught the attention of Zeke Turner, who has angered nursing home operators by building high-end facilities close to existing nursing homes and, they say, siphoning off their most profitable patients.

Three were nursing home companies, three were cities, one was an accounting firm, and the rest were construction companies or construction trade associations.

“We had to rally at the year end,” Turner said. “We didn’t find out until late year end that the moratorium was going to be pushed.”

Mainstreet itself spent more than $10,000 on lobbying, with Turner’s sister, Jessaca Turner Stults, representing the company in the Legislature. And the alliance added more than $40,000 of its own for lobbying.

At one point, at the end of the session, the alliance had hired six lobbyists: former House speaker Mike Phillips and his son Jeff; former legislator Bob Kuzman; former House Republican spokesman Tony Samuel; and two lobbyists from Bose Public Affairs. The conservative group Americans for Prosperity, based in Virginia, also weighed in against the moratorium.

“There were a lot of extra lobbyists that were brought in to try to kill the bill,” Miller said.

But Turner said extra lobbyists were hired in response to the heavy work by the moratorium proponents.

“We found ourselves increasingly on the defensive throughout the session,” he said.

Also joining the opposition were The American Institute of Architects, a trade group of architects; the Indiana chapter of the Associated Builders and Contractors; the Indiana Builders Association; and the Indiana State Building and Construction Trades Council of unionized construction workers.

The construction groups accounted for more than two-thirds of the $230,000 in total lobbying and campaign donations spent by groups opposing the moratorium.

The biggest gifts from the anti-moratorium groups went to Long, the Senate president. He received $8,000 from the Associated Builders and Contractors and the unionized workers. The rest of the money was spread among more than 80 legislators, as well as the caucus funds of both Democrats and Republicans.

Rep. Tim Brown, R-Crawfordsville, said it was the marshaling of the construction groups—more so than the dollars they or the nursing home operators were spending—that caught his attention most this year.

“What I saw was the construction people get more organized,” said Brown, who, as chairman of the House Ways and Means Committee, sponsored the House version of the moratorium bill.

Brown said he expects to allow even more time to debate the issue in the 2015 session.

He said some construction interests and some proponents of letting free-market forces dictate whether homes are built didn’t get an opportunity to be fully heard. “This year, the plan is to allow debate to happen on the House floor.”

But with campaign contributions to the political action committees run by the IHCA and other trade groups even higher than they were a year ago, there will once again be a full debate in the Statehouse hallways as well.•

This story has been changed. An earlier version of the story counted among the pro-moratorium gifts a $30,000 campaign donation to Senate Republicans made by Mishawaka-based HQ Investments. However, HQ Investments has sold all the nursing homes it once owned, so its contribution has now been removed from the data used for this story.