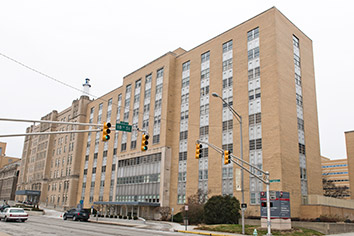 One or both of Indiana University Health’s flagship hospitals for adults could disappear under a process kicked off in June by the state’s largest hospital system.

IU Health wants to consolidate its University and Methodist hospitals into one downtown location, a plan that would see one or both facilities close or be converted to another use.

A team of IU Health executives and representatives of the IU School of Medicine spent the second half of the year fleshing out a recommendation to the IU Health board, but no decision has been announced.

“The logic of this is that we need to best utilize our resources. We need to have fully utilized facilities,” said Jonathan Curtright, chief operating officer of both hospitals.

It’s a problem facing nearly all hospitals: They have too much unused space.

That’s a symptom of a 30-year decline in the number of patients staying overnight, and a shortening of the days they spend in hospitals.

The trend accelerated after the passage of the Affordable Care Act in 2010. The Great Recession also spurred public and private insurance plans to offer hospitals bonuses if they reduced costs—and penalties if they keep raising them.

Those forces, Chicago-based hospital consultancy Kaufman Hall predicted, will cause 15 percent to 20 percent of inpatient hospital visits to disappear in most hospital markets in three to five years.

The patients instead will be treated in offices and walk-in surgery centers.

Ed Abel, a hospital accountant at Indianapolis-based Blue & Co., said, “Any facility that’s inside [Interstate] 465 is going to be reviewed at some point in time for its usefulness.”