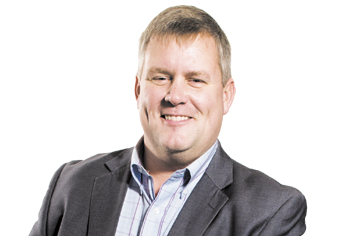 director of championships and alliances, NCAA

Champ change: Each of the 89 NCAA championships in 23 sports that Jeff Jarnecke supervises means not just arranging for playing fields and arenas. Each also involves making sure hotels, programming, community engagement, transportation and more are in place, with allocations to the tune of $60 million. Of course, the events have an impact on the student athletes, “but for us it’s also very real,” Jarnecke said. “It’s something pretty special and that doesn’t fall lightly on any of us.”

Net gains: With a bachelor’s degree from Indiana University and an MBA from Taylor University, Jarnecke experienced full sports immersion while working as director of operations for the RCA Tennis Championships—where he started as an intern. Jarnecke oversaw more than 1,100 volunteers for the nine-day event. “Being the one executing the event, you’re the one moving the table or driving the forklift,” he recalled. “Now [at the NCAA], others are producing the event on our behalf. It’s as much about consensus-building.”

No home court advantage: Jarnecke said he has a vested interest in the city’s being successful. And he’s backed that up working on the organizing/host committee for the 2012 Super Bowl and volunteering for the 500 Festival. But there has to be a level playing field since there are “so many great hosts out there." He added, "When we do come to Indy for the Final Four or lacrosse or rowing, though, it’s especially rewarding and humbling and exciting."

Front row seats? “People sometimes assume that we’re all about rules and policies and bylaws—and that we’re all in the front row at men’s basketball and tournaments,” Jarnecke said. “But I don’t think any of us are.” More likely, he said, he’s working on D2 field hockey or another lower-profile championship. When not on the job, he and his family spend as much time as possible at Koontz Lake near Plymouth.

Underdog sport: The sport we should be watching but aren’t? Wrestling. “There’s something really special about it,” he said. “Rabid fans are here for three days. Even if you don’t fully understand it, any sports fan would really enjoy and appreciate it.” Not only does Jarnecke hold a board seat for USA Wrestling, he’s also on the board for the National Association of Sports Commissions.•