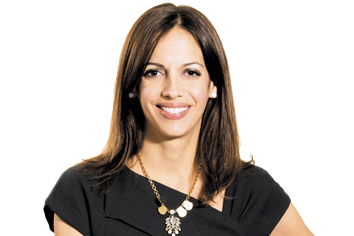 Prized professor: As an associate dean, Genevieve Shaker led the Indiana University School of Liberal Arts at IUPUI to a successful conclusion of its seven-year, $18 million campaign, winning an award from the Association of Fundraising Professionals in the process. Meanwhile, at the IU School of Philanthropy, she won its Favorite Professor award and earned prizes for outstanding research.

Generational inspiration: Inspired in part by her grandmother, who headed the American Lung Association in her Ohio community, Shaker knew she wanted a career that had “a big emphasis on serving society.” After earning a master’s from the IU Center on Philanthropy, she parlayed an internship at IUPUI into a job in the development office, ultimately also completing her doctorate. On the side, she was recently named to the advisory board of the American Red Cross of Greater Indianapolis. “In my work in higher education, I’m helping people reach their goals through education. Through the Red Cross, I can help in a different way with people’s more immediate needs.”

AGE 39
Hometown: Born in Columbus, Ohio, but grew up in five states (father was an academic who "liked new challenges")

Double duty: While her co-positions might be unusual in academia, Shaker considers herself lucky that her academic interests relate well to her administrative role. “They inform each other,” she said, noting that both take a global perspective. The School of Philanthropy’s tag line is, “Improving philanthropy to improve the world” while, in the School of Liberal Arts, “We teach about understanding our world—taking a global view of who we are.”

Finding the funds: “For our school of liberal arts, fundraising is different than it would be at Bloomington or an older campus where you rely heavily on your alumni,” she said. “We have a mixed donor population—alumni and people from the community who love the liberal arts and humanities. Plus, our own faculty and staff are wonderful supporters of the school.” Helpful, too, is the School of Liberal Arts’ sponsorship of the annual Spirit & Place Festival, which draws support from organizations throughout the community. “We sometimes say we are Indiana’s public liberal arts college. We offer a lot within one school.”

Fighting misperceptions: “My students often think philanthropy is only for ‘rich people’ and it’s all about money,” Shaker observed. She tries to get them to think about their own impact—things they can accomplish through service and small gifts and how “society is built on a framework that includes a philanthropic spirit.”•