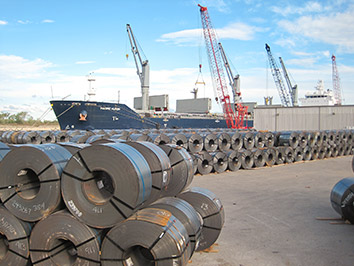 Ports operated by the state set shipping records last year, according to Ports of Indiana, the quasi-government body that operates ports at Burns Harbor on Lake Michigan, and at Jeffersonville and Mount Vernon on the Ohio River.

Much of the increase was driven by movement of coal; agricultural products including grain, ethanol and distiller’s grain; steel; and salt, the authority said.

The data is gathered from surveys of companies operating at the ports, and do not take into account whether a product is imported or exported.•