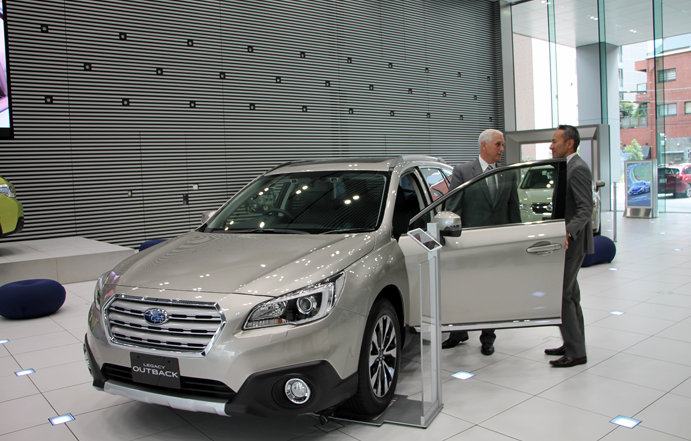 Gov. Mike Pence will be in Lafayette on Monday morning for what his office says is a “major jobs announcement” at Subaru of Indiana Automotive, which plans to start manufacturing a new seven-seat sport utility vehicle at the Tippecanoe County plant.

Subaru CEO Yasuyuki Yoshinaga announced plans for the new vehicle—which will be exclusive to the North American market— last week at the company’s headquarters in Japan and said production will begin after 2017.

Yoshinaga did not specify how the new SUV would boost production at the plant or how many jobs could be added. Currently, the plant employs more than 3,900 Hoosiers and is the only Subaru assembly plant outside of Japan. In May, Yoshinaga said the facility could raise production to 394,000 vehicles by the end of 2016, up from about 365,000 in 2014.

Currently, the Lafayette plant produces the Subaru Legacy and Outback. It also produces the Toyota Camry under contract with Toyota, although that arrangement is expected to end as early as fall 2016.

Bloomberg News contributed to this report.