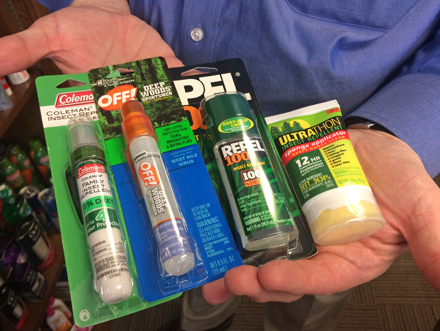 Indianapolis-based chemical company Vertellus Specialties Inc. says “macroeconomic challenges” including increased competition from China are behind its decision to declare bankruptcy and put itself up for sale.

Vertellus filed for Chapter 11 protection last week in U.S. Bankruptcy Court. In its initial filing, the company estimated assets of $100 million to $500 million and liabilities of $500 million to $1 billion. It recently told IBJ that it logged revenue of $657 million in 2015.

Its corporate offices and its largest manufacturing facility are in Indianapolis. In 2014, IBJ reported the Indianapolis plant employed 250 and its downtown headquarters had 44. Its number of full-time employees worldwide is 1,059, according to information it recently submitted to IBJ, with 286 in Indiana.

Vertellus, one of the world's largest makers of Deet insect repellent, produces specialty chemicals for a variety of uses, including agriculture, nutritional, pharmaceutical, medical and personal care. Its owner is Wind Point Partners, a Chicago-based private equity firm.

Wind Point made no secret of its intention to eventually sell the company, initially targeting 2012. The recession and rising international competition delayed those plans.

Vertellus was ranked No. 18 on IBJ’s most recent list of largest Indiana private companies in terms of its revenue in 2014—$586 million. It also has facilities in Michigan, New Jersey, North Carolina, Pennsylvania and Washington, as well as in Europe and Asia.

As part of the bankruptcy, Vertellus said it has reached an agreement with lenders for them to purchase the company for $453.8 million. The offer is in the form of a credit bid, according to Dow Jones Business News, in which the lender offers to cancel debt.

The agreement still is subject to bankruptcy court approval.

That group of lenders is identified in court filings as Valencia Bidco LLC, a Delaware-based corporation formed several days before Vertellus filed for bankruptcy.

As part of the sale process, other parties can submit bids by Aug. 15. If no other bids come in, Valencia Bidco will purchase the company. If there are other bids, Vertellus will go up for auction Aug. 18.

Through a spokeswoman, Vertellus declined to comment on the case. But in court filings, the company provided details about what led to filing for Chapter 11.

Although the firm’s revenue continues to grow from year to year, “the Debtors have fallen victim to certain macroeconomic forces recently afflicting the chemical manufacturing industry,” a court filing says.

Specifically, its agriculture and nutrition specialties business unit—VAN, for short—has seen slower growth for its pyridine and picoline products.

Pyridine, a compound used in herbicides, insecticides, vitamin B3 and even Head & Shoulders shampoo, generates a big chunk of Vertellus' revenue. Picoline is a compound often used in agricultural chemicals.

At the same time, the company said, it’s dealing with “significant increases in global capacity and production, primarily from Chinese manufacturers of VAN’s primary products.”

Vertellus also cited other challenges, including legacy environmental and pension liabilities, its capital structure and its debt load.

The company said it began to explore selling some of its assets in December, but it did not have enough time to do so because of deteriorating business conditions and liquidity issues.

“It became clear that a sale of the company through the Chapter 11 process was the best, most efficient means of creating a sustainable financial structure for our company,” CEO Richard Preziotti said in a prepared release.

Vertellus has already received court approval to access $110 million in debtor-in-possession financing from its existing term loan lenders. Vertellus said this financing, along with its normal operating cash flow, would allow it to maintain normal operations as it works through the sale process.

The bankruptcy does not include the company’s international entities in Belgium, the United Kingdom, India and China, though these entities are included in the sale. And the company’s Vertellus Performance Chemicals, based in Elma, Washington, is excluded from both the sale and the bankruptcy. That entity will remain under the ownership of Wind Point Partners.