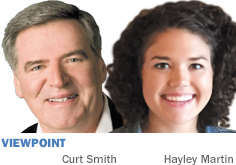 As so-called “progressive reforms” swept across America, Indiana became the 42nd state to enact an inheritance tax upon its citizens in 1913. Today, only six states continue an inheritance tax, with Indiana no longer among that group. That’s because, beginning in 2012, the Indiana inheritance tax was first lowered and then repealed for the surviving families of those dying after Dec. 31, 2012. This was a victory for the Hoosier citizenry, especially farmers and landowners, who have saved nearly $500 million.

​When the tax was still being administered, the amount of the tax exemption was determined by the relationship to the deceased individual. While the spouse of the individual was entirely exempt from the tax, those who were siblings or an aunt or uncle to the deceased were greatly affected by the low exemption factor.

​Even those with multiple children felt the strain of possibly having to owe the estate tax when dealing with a family-owned small business or farm. Purdue University, in a 2013 article, stressed the impact of the tax upon the farming community: “For example, an acreage valued at $4.5 million (after allowable deductions and assuming no federal estate tax) going to three children would have a tax per child of $72,250, for a total of $216,750.”

In 2012, before the repeal, however, the Class A exemption for parents, children and grandchildren was raised from $100,000 to $250,000. While this did lessen the burden for many, the tax had not completely come to an end.

​According to the Indiana Department of Revenue, from 2006 to 2012, 84,999 inheritance tax filings were made that resulted in an estimated seven-year revenue of around $1.1 billion. This was money taken out of the pockets of Hoosiers at a time of grieving that could have been used to grow and expand businesses, expand farms, and improve the financial standing of Hoosier families. According to the Revenue Department, eliminating the inheritance tax saved Hoosiers $65 million in 2014 and $160 million in 2015. That figure is expected to be $168 million this year, pushing the total savings close to the half-billion-dollar mark. In addition, eight full-time positions to administer the formerly complicated laws have been eliminated.

​The ability to now not have to worry about the burden of an estate tax has allowed families to have an even more positive outlook on businesses and farms that are being passed down. The future appears much brighter, too. Not only has the repeal proved to keep money in the hands of Indiana families, it has also proved to help Indiana as a state rise in regard to its tax climate. The Tax Foundation’s 2016 State Business Tax Climate Index ranked Indiana at No. 8, a positive comparison to its 2013 ranking at No. 10.

​Gov. Mike Pence, the bill’s primary author, former Rep. Eric Turner and the Republican majorities in the Indiana House and Senate have much to be proud of when it comes to repealing the inheritance tax. Real Indiana families have been able to save tens of thousands of dollars and maintain the legacy their family members were attempting to pass down to them.

Ideas have consequences. In this case, fiscal conservatism has led to a blessing for many families across Indiana at a time they needed it most.•