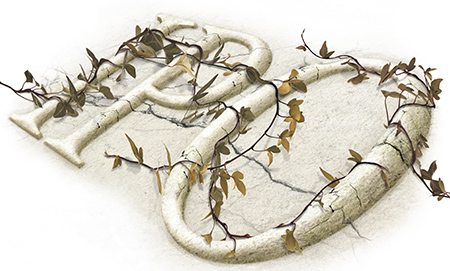 Not a single Indiana company went public during the past three years—a sign of a larger trend that has growing firms moving away from what was once considered a key milestone.

In the 1990s, it wasn’t uncommon for Indiana to have at least four initial public offerings a year. But the only thing even close to a company going public recently is two “spinoffs” in 2014 by companies that already were public. The state’s last real IPO occurred in 2013.

It’s not a surprise. Companies just aren’t going public at the rate they used to—in Indiana and across the country. And the companies that are publicly traded have seen their ranks eroded by mergers and acquisitions—highlighted locally by Interactive Intelligence Group Inc.’s $1.4 billion sale last year to a California-based competitor. Taken together, both trends suggest that being public is an increasingly exclusive club.

IPOs occur when private companies sell shares to the public. In addition to providing liquidity for early investors, IPOs are a financing event that brings in loads of capital that companies often use to become large employers, spenders and philanthropists in a community.

MORE FROM IBJ
See how the stream of IPOs from Indiana has stopped.

But industry watchers said several forces have emerged over the past two decades that have depressed interest in going public. Those include swelling private equity war chests—which provide an avenue for companies to score big sums of capital without going public—and increasing regulatory obligations for publicly traded firms. If these trends prevail, experts said they expect IPOs to make sense for far fewer companies than they had historically, and companies that chase IPOs will be more mature than the firms of yesteryear.

“I used to have people in the ‘90s and maybe the early 2000s say, ‘Maybe we can go public,’” said Bob Shortle, a veteran investment banker who serves as senior managing director at Carmel-based Periculum Capital Co.

“I don’t even hear people talking about it anymore. … Pretty much, everybody builds a business and then sells it.”

According to research by Jay Ritter, a University of Florida finance professor who’s been studying public companies for more than three decades, an average of 310 IPOs took place annually in the United States from 1980 to 2000. From 2001 to 2016, however, that average dropped to about 108.

Ritter excludes IPOs by real estate investment trusts, limited partnerships and other entities not considered job-creating operating companies. Under similar conservative guidelines, professors Martin Kenney and Donald Patton at the University of California-Davis found that Indiana had 17 IPOs in the 10 years leading up to 2000, but only nine in the 16 years since.

Indiana has had a few companies in recent years that appeared on track for IPOs but decided against them. Indianapolis-based Aprimo, for example, filed for a $50 million IPO in 2007 but later withdrew it due to a souring economy. IPO speculation picked up again for Aprimo in early 2010 as the 365-person software firm continued to grow, but the company instead sold itself later that year to Ohio-based Teradata for $525 million.

Chris Barbin, CEO of Indianapolis-based Appirio, told IBJ last April that he preferred an IPO over being acquired—even as a wave of industry consolidation surrounded him. But in October, the 1,250-employee cloud-consulting firm sold itself to Bangalore, India-based Wipro for $500 million.

“It just felt right,” Barbin said in an October interview about Wipro’s culture, later adding that its new parent company had “tremendous” resources.

Not only have some Hoosier IPO prospects been opting out, but existing public companies have been dropping off the list. ExactTarget Inc. went public in 2012 but was acquired a year later by Salesforce in a $2.5 billion deal. Interactive Intelligence, which had been public for 17 years, sold itself in December to Genesys Telecommunications Laboratories for $1.4 billion.

Private equity firms have been buyers of public companies, too, scooping up Indianapolis-based Marsh Supermarkets Inc. in 2006 and Evansville-based Accuride Corp. in 2016, for instance.

A search of the EDGAR Online database turned up 67 Indiana-based companies that filed 10-Ks in 2016, a requirement for publicly traded firms. That compares with 151 that filed 10-Ks two decades ago. Nationally, public companies have taken a similar swoon, falling from 7,600 in 1997 to about 3,800 at the end of 2015, according to University of Chicago’s Center for Research in Security Prices.

Ritter, the finance professor, said merger-and-acquisition activity has undoubtedly influenced those numbers—whether the target is private or public.

“Typically, the highest price would not come from going public or selling out to a private equity firm, but instead it would be from a merger where another bigger company in the same industry buys them,” Ritter said. “It varies from industry to industry, but in all sorts of industries there’s been consolidation going on.”

Observers said they suspect regulatory demands—especially the Sarbanes-Oxley Act of 2002—have tamped down interest in going public.

Sarbanes-Oxley—passed by Congress in the wake of Enron Corp.’s accounting scandal—increased auditing, reporting and other requirements in the name of protecting public company investors. But it has weighed disproportionately on smaller firms.

Michael Osborne, the CEO of Indianapolis-based SmarterHQ and previously a senior executive of a Texas company he helped take public, said he believes going public has lost some of its luster. He suspects that executives of private companies are turned off by the time and cost of regulatory compliance, as well as Wall Street’s obsession with short-term earnings results.

“I can tell you as being a CEO,” Osborne said, “that’s not a fun way to live your life.”

“The reality is, most small companies that have gone public have been big disappointments,” Ritter said. “In the 1980s, 1990s and 2000s, small company IPOs have underperformed on average, and investors have gotten burned, many, many times.”

While the public markets have gravitated to favor large-company IPOs, smaller companies have grown less dependent on public markets thanks to a deluge of cash available in the private markets.

According to private equity tracking firm Prequin, fund managers across the globe had about $292 billion in callable capital—or “dry powder”—at the end of 2000. They have about $1.4 trillion today.

Such private cash played a significant role in the growth of ExactTarget, especially after its initial IPO intentions didn’t go as planned.

In 2008 the software company filed for an $86 million IPO, but turbulent market conditions caused it to pull the plug in 2009. But venture money was available for it to quench its capital needs, and the company raised a whopping $145 million privately between May and November 2009.

“We’ve got these tremendously deep and sophisticated financing mechanisms—venture capital, private equity—that have grown so large that they are able to emulate what we used to need the public markets for,” said Bret Swanson, president of Zionsville-based advisory firm Entropy Economics LLC.

“It used to be that the public stock markets were the only things big enough to build enough capital to fund a company.”

This private capital is not only being used to fund growth for companies, but also to buy them. Aprimo, the software company that was acquired by Teradata for $525 million in 2010, was sold by Teradata to a Marlin Equity Partners affiliate for $90 million last spring.

According to Interactive Intelligence securities filings, San Francisco-based private equity firm Hellman & Friedman had been interested in buying the call-center software company but didn’t submit an offer in time. So instead, it invested $900 million for a minority stake in Genesys, which went on to buy Interactive for $1.4 billion.

“So you may see some public companies who say, ‘We just got an offer that’s 20 percent above what we’re trading at and we don’t see a near-term path in the public markets to be able to get to that.’”

Despite the variety of forces chipping away at the roster of existing and would-be public companies, experts don’t expect IPOs to fall completely out of favor. They just expect companies to take their time before pursuing them.

There already are signs this is happening. According to statistics from Ritter, the median age of companies filing IPOs since 2010 is 11 years—up from seven in the 1980s.

Warsaw-based OrthoPediatrics Corp., which filed for a $75 million IPO last summer, fits the trend. The firm is 11 years old, and if it goes public this year, it would be the first Hoosier IPO since 2013.

The greater patience companies are exercising before going public isn’t necessarily a bad thing. Robert Welch, a senior managing director at investment bank David A. Noyes & Co., said these companies can build strength in the private markets before engaging the public markets.

“To make an analogy,” Welsh said, “before you plant these tomato plants in your garden, maybe you keep them in the greenhouse a little bit longer.”

He later added: “I think there’ll always be public companies. But I think the trend is that the companies that are public aren’t going to be smaller.”•