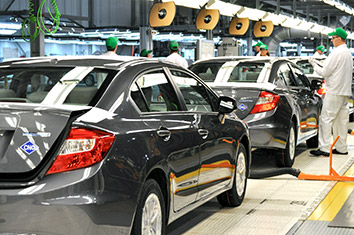 The Greensburg factory marked the start of production of the small sport-utilty vehicle Wednesday. Officials announced plans last year to spend $52 million on preparing the factory for CR-V production.

The factory also builds Honda Civic compact cars and has added about 100 jobs to its current 2,400-person workforce.