One of the largest hotels on the city’s north side has completed a $15 million, year-long renovation that brings a host of amenities and upgrades to the nearly 20-year-old facility. 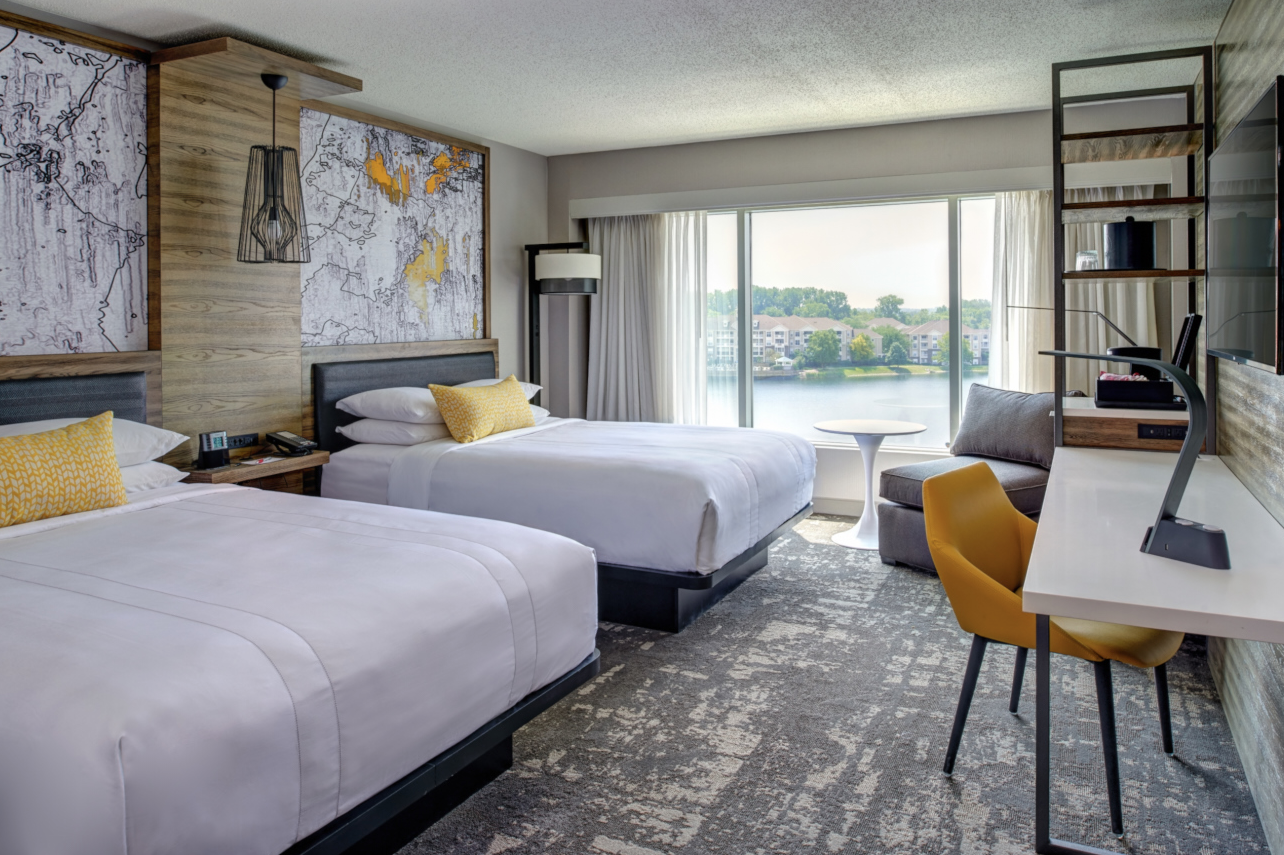 The 315-room Indianapolis Marriott North, at Keystone at the Crossing along Interstate 465, opened in 1998 and is owned by Columbia Sussex Corp. Crestview Hills, Kentucky-based Columbia Sussex operates 39 hotels under five different brands.

The multi-phase Marriott North project represented the first major revamp to the hotel since it opened and included top-to-bottom renovations to the guest rooms, lobby, fitness center, meeting space and Bistro 33 restaurant.

“It definitely was time for a refresh,” the hotel’s general manager, James Jackson, told IBJ. “There’s certainly a lot of technology that the rooms didn’t have, and the layouts boast better usage for our guests.”

Most of the bathtubs, save for a handful to remain compliant with the Americans with Disabilities Act, have been removed and replaced with more modern walk-in showers. Queen-size sofa sleepers also have been added in 210 rooms, Jackson said.

Guests, however, first will likely notice the new 3,500-square-foot solarium built on the first floor overlooking the lake behind the hotel. The all-seasons glass room replaces an outdoor terrace that only saw use maybe six months a year, Jackson said, during the warmer months. A new outdoor patio terrace under construction in a lawn area will connect to the pool.

Inside the hotel, the solarium helps to link the bar to the restaurant to create one cohesive space. 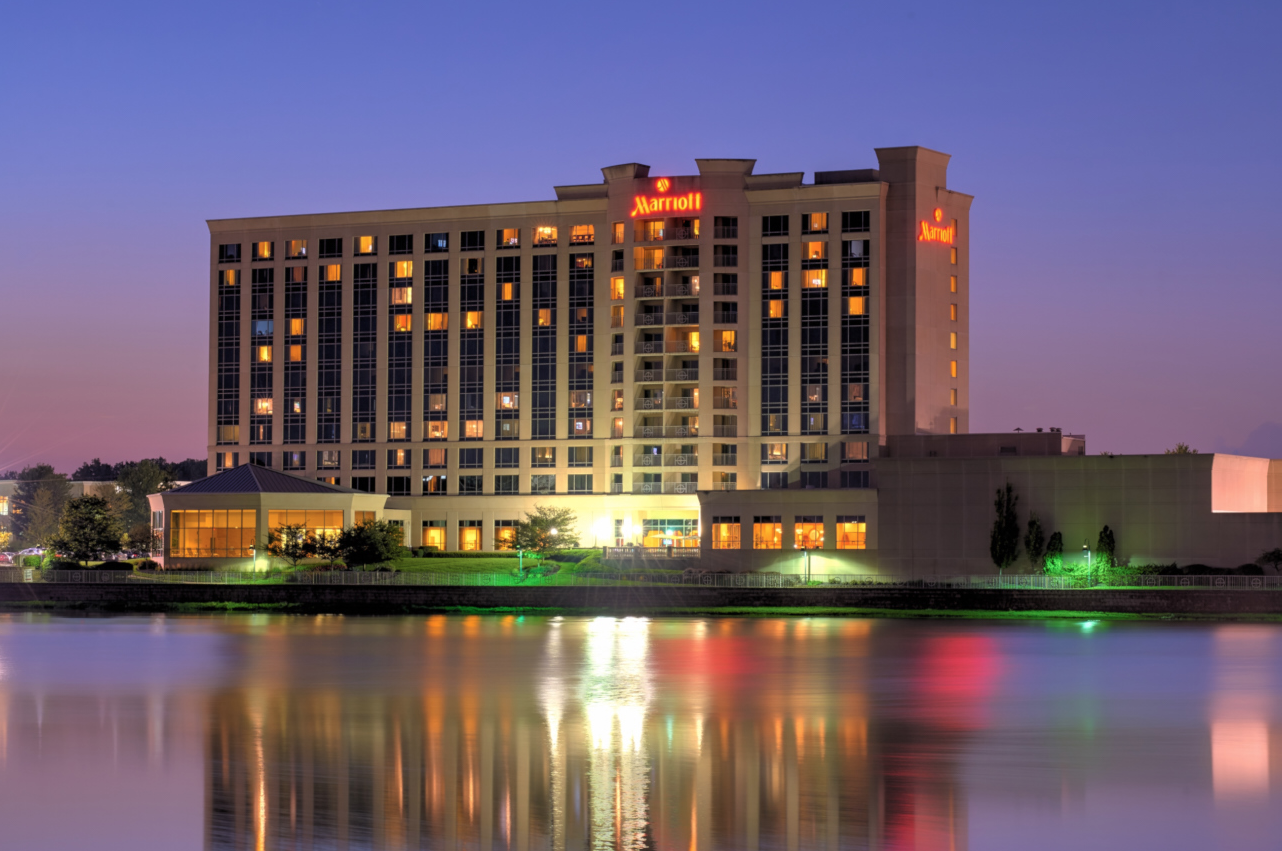 Bistro 33 features a refresh as well, including new furnishings and upscale accents, in addition to an updated menu highlighted by dishes created with fresh, local ingredients. The bar also has been completely redesigned with plenty of local craft beers on tap.

Guests can work off their meals in a larger fitness center triple the size of the old space and outfitted with new equipment. Marriott removed a meeting room to make way for the bigger gym.

Daily room rates at the hotel run $200 on weekdays and about $140 on weekends. That's because there’s more demand for rooms from business travelers during the week, Jackson said.

Though business travel comprises much of the hotel’s business, it is booking more business on weekends from youth sports events at Grand Park in Westfield, he said.

The average daily rate for upscale hotels on the north side is about $130, research from CBRE Hotels shows. Occupancy at the hotels has remained at roughly 70 percent since 2014, after climbing from 61.7 percent in 2011.

Other hotels in the Keystone at the Crossing area include the Sheraton Indianapolis Hotel at Keystone Crossing and Hyatt Place.