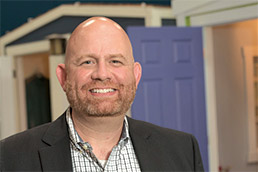 As a founding partner at DeveloperTown, Vasquez helped grow the company from a small design and development shop working primarily with startups to a well-established agency working with Fortune 500 companies and reaping more than $8.2 million in revenue in 2016. The company—where many employees were given tiny houses to work from instead of desks—now has more than 20 developers, but, said Vasquez, “at its heart, it’s still the same” as it was in the beginning.

“We recently designed and built a solution to accelerate the speed at which an organization can push logic changes to mobile devices in the field,” Vasquez said. “Traditionally, that would have been something well-suited to reporting and analysis tools in a server environment, but this took a unique turn. We used a JavaScript runtime embedded within the mobile application, and designed a native API whereby that JavaScript code, executing on the device, could manipulate the local, encrypted database, and analyze the data for patterns.”

An 8089 clone “with a stunning four-color CGA display and dual 5.25-inch floppy disk drives.” Vasquez’s father announced there would be no games until he could type at least 30 words per minute. Within the first week, Vasquez had surpassed the target.

Vasquez has a bachelor’s in broadcasting/video production and multimedia technologies from Cedarville University in Ohio.

Vasquez interned and was later hired by a Fairborn, Ohio, ad agency to primarily do video editing. He ended up helping the company deliver its first data-enabled websites. He and his wife moved to Indy “almost on a whim” with enough money to rent an apartment and cover expenses for two months. He found a spot with Xerox Connect, was placed at Eli Lilly and Co., and was hired six months later in Lilly’s information services area. He later moved to Lilly’s Discover organization, and worked on the Global Sample Management project. Craving consulting, he moved to Fusion Alliance, and was placed with Sallie Mae. In 2006, he came into contact with then-startup Interactions Corp., was impressed with its voice responses systems, and joined up, serving as chief architect and, later, director of technical operations. In 2010, he joined DeveloperTown.

College adviser Wes Baker. “He always struck the right balance of academic theory, cutting-edge knowledge, and the pragmatics of combining those in the real world.”

“I’m a practicing developer, so I’d be lying if StackOverflow wasn’t here. I do spend some time on the loftier sides of Reddit, if you could find such a thing. Most boring to the outside world, I’ve recently been spending a lot more time on sites reading datasheets on various integrated circuits, etc., as I educate myself to work on a new hobby.”

His wife bought him a digital oscilloscope “and I think she lost me for at least a couple days.”