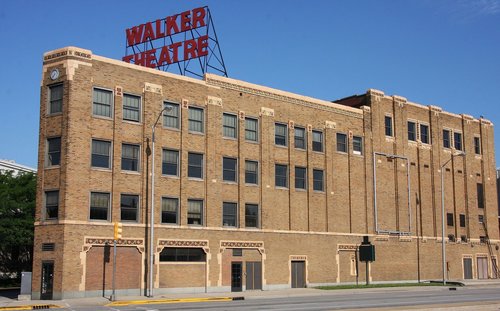 An initiative involving Indiana University and the Lilly Endowment is set to provide a $15 million renovation to the Madame Walker Theatre Center while ensuring the historic landmark’s viability into the future.

Under the revitalization plan announced Thursday, the Lilly Endowment will provide $15.3 million to fund a complete renovation of the 91-year-old downtown building at the corner of Indiana Avenue and Martin Luther King Jr. Street.

IU said it will partner with the facility to provide transitional operational support and develop new programming “to ensure the Walker's sustainability and economic viability.”

"The Madame Walker Theatre Center is an iconic treasure of the Indianapolis cultural community and a vital piece of our state's and country's history," IU President Michael McRobbie said in written comments. "IU and the IUPUI campus are honored to partner with the center in helping to restore this landmark to its rightful presence and advancing the legacy of its namesake through new collaborative activities that reflect the center's longstanding mission of educating, empowering, entertaining and celebrating our rich cultural diversity."

IU officials said the center will be rebranded as the Madame Walker Legacy Center. A search is underway by the Walker board for a new permanent executive director who will implement new programming.

The four-story, 48,000-square-foot Madame Walker building houses the theater, a ballroom and several offices. The unique triangular building, which previously served as the national headquarters for the Madame C.J. Walker Manufacturing Co., was added to the National Register of Historic Places in 1980.

The company was founded by Walker, an African-American entrepreneur who built a grooming-products empire in the early 1900s.

"At the core of this collaboration is a desire to honor the legacy and work of America's first self-made female millionaire, Madame C.J. Walker," Joyce Rogers, the facility's chairwoman, said in written remarks. “We invited Indiana University to the table because we believe this partnership will lay the necessary groundwork to place the Walker on a stronger path forward. Our objective is to better serve the current generation of leaders, entrepreneurs and community members, as well as those to come."

IU said it will implement a new “programmatic thrust” that includes “a new slate of class offerings, workshops, seminars and a speaker series in partnership with IUPUI to help better serve the community.”

The center has long been used as a gathering place for events, cultural programs and educational forums, but officials say it requires extensive modernization to continue serving the community.

Harden told IBJ when she was hired that the Walker board did not want to hire a full-time leader until its strategic direction became clear. The center has faced ongoing challenges both in finding consistent leadership and in maintaining its aging building. Minimal programming has been offered there in recent years.