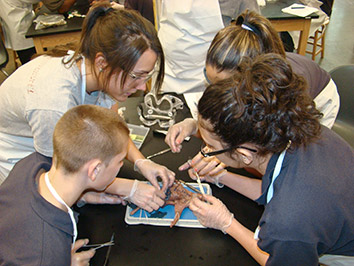 Nearly two decades after charter schools started operating in Indiana, officials have released the first state-mandated report on what they look like and how they’re doing.

The report is required under a bill lawmakers passed in 2015, and it will be repeated every five years. It covers enrollment trends, academic achievement, student demographics and funding. The idea for the report came from a broader charter school bill designed to strengthen oversight and discourage “authorizer shopping.”

“We have a very robust charter sector in our state but … we want to make sure we have high-quality charters that serve the needs of students,” said the bill’s author, Rep. Bob Behning, when the bill was introduced.

However, when it comes to state letter grades, charter schools have certain advantages. For one, adult high schools are graded using a different formula, and innovation schools can opt to use a more generous yardstick that only factors in test improvement.

Below, are nine interesting facts from the report, which can be found in its entirety here. The Indiana State Board of Education is expected to discuss the report at its meeting Wednesday.