Home » KEVIN CHRIST: NAFTA has been boon for the United States 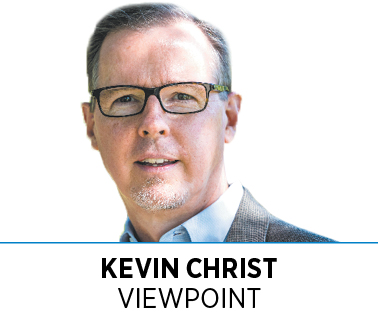 We should be skeptical of any deal premised upon a lie. In announcing a new trade deal with Mexico, President Trump perpetuated the lie that the North American Free Trade Agreement has been costly for the United States. In fact, it has been a boon.

This is not to deny that certain segments of our workforce have been hurt by the deal. It only means that, overall, NAFTA has been very good for the United States. When the president said the United States “was hurt very badly by NAFTA for many years,” he might have been speaking for that subset of our population that has been hurt, but he contradicted a vast body of economic research and the experiences of most Americans who today enjoy a wider variety of goods at lower prices than would have been possible without deals like NAFTA.

Recent research on this issue is clear. In 2015, Lorenzo Caliendo and Fernando Parro of Yale and Johns Hopkins universities conservatively concluded that NAFTA contributed an overall U.S. welfare gain of 0.08 percent of gross domestic product. That’s not a huge number, but it’s a positive effect, driven by efficiency improvements and terms of trade gains.

In 2016, Shushanik Kakobyan and John McLaren of the International Monetary Fund and the University of Virginia found the overall effect of NAFTA on U.S. employment had been small. The exception was certain pockets of workers for whom the lowered import barriers resulting from NAFTA did cause wage growth to be lower than what it would have been without NAFTA. This was particularly true for blue-collar workers, and in certain parts of the country like Georgia, the Carolinas and here in Indiana.

In 2017, Dani Rodrik, a respected Harvard University trade economist and a vocal critic of the way globalization has worked, said, “There is no way you can hold NAFTA responsible for employment de-industrialization in the U.S. or expect that a ‘better’ deal with Mexico will bring those jobs back.”

Which brings us back to the president’s new trade deal. Any deal that emphasizes local content rules, as this one appears to do, is mostly going to raise the domestic price of goods we import and encourage inefficient game-playing to get around the rules.

The key point to remember when you hear someone say NAFTA has hurt us is that economists never claimed such deals would help everyone. They only claimed, with strong theoretical and empirical evidence, that free trade, on net, would improve our economic system. And on the whole, it has.

It is not the fault of NAFTA that globalization resulted in bad outcomes for those who were most vulnerable to the forces of international competition. We have allowed the benefits of free trade to accrue most fully to the wealthiest and most educated in our society. Meanwhile, we’ve allowed our infrastructure and public schools to crumble, and our health system to evolve into a costly and confusing mess.

Rather than perpetuating the lie that NAFTA is the primary source of our current problems, the question we should be asking right now is, why didn’t we plan better to mitigate the effects of changes brought on by globalization and technological progress? Over the past 30 years, trade deals like NAFTA helped ensure that we certainly were a wealthy enough society to do so. We just chose not to.•

Christ is associate professor of economics at Rose-Hulman Institute of Technology.