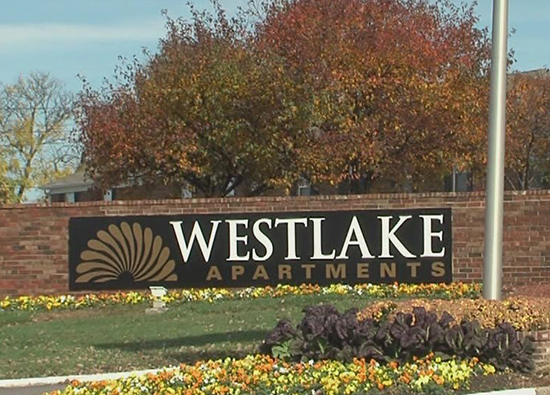 The area’s largest apartment complex has been sold as part of five-property acquisition that's among the largest multifamily real estate deals in Indianapolis history.

The $121.5 million acquisition, which closed Oct. 31, included the 1,381-unit Westlake Apartments on the west side of Indianapolis, the area’s largest apartment complex.

The new owners have renamed the properties and plan to spend at least $29 million on renovations and upgrades. Plans call for upgrades to common areas, unit interiors and amenities. The work should be done by the end of 2020.

The Westlake property on its own sold for $70 million, making it the largest single apartment sale since the $90.6 million Lake Castleton Apartments acquisition in July 2017.

The following properties were part of the deal:

— Westlake Apartments, 6000 Westlake Drive (97.9 acres, 1,381 units, $70 million sale price): The property, east of Interstate 465 and north of Rockville Road, has been renamed to The Boardwalk at Westlake and will be given an exterior upgrade, amenity overhauls and a variety of interior renovations.

— Riverwood Apartments, 5830 River Wood Drive (11 acres, 120 units, $12.3 million). The newly-named Preserve on Allisonville, along Allisonville Road south of 96th Street, will be upgraded and marketed toward those at the upper end of middle-class income levels.

— Villa Nova Apartments, 8760 LeMode Drive (10.6 acres, 126 units, $9.5 million). Now called The Elliott at College Park, the complex will see significant improvements on its exterior and interior, with a focus on attracting middle-class professionals.

Wilkinson Asset Management, the management company for Wilkinson, took over managerial responsibilities at each community following the sale.

“We are big fans of the (Indianapolis) market,” WAM president Kimra Holcomb said Wednesday. “It’s one of our focal areas; we love the Midwest.”

Holcomb said the upgrades will mirror previous projects the company has done in Texas and Georgia. An in-house construction crew will oversee the work being done by national vendors.

The company hopes to increase rental revenue and improve occupancy at the properties through the upgrades.

George Tikijian, senior managing director of Tikijian Associates, represented Hampshire Properties in the sale. He said the deal was among the largest multifamily real estate sales in Indianapolis history.

“The initial portfolio included the four smaller properties, plus a 120-unit property called Spyglass. Westlake was later added to the deal to replace Spyglass, Tikijian said.

“We believe it’s the largest portfolio sale in Indianapolis … in a very, very long time,” he said. “I don’t want to say ‘ever,’ because I can’t be entirely certain of that, but it’s been a while since anything even close to this size.”

Hampshire Properties purchased the portfolio from AIMCO Properties in 2008. Each has been managed by Indianapolis-based Flaherty and Collins for the past several years, Tikijian said.

The deal is the fourth joint venture between Wilkinson, and Torchlight in the past year.

Tikijian is one of the largest multifamily brokerage firms in Indiana and has sold 28 properties in 2018—including the five in this deal—that total more than $550 million in value and contain more than 7,300 units.