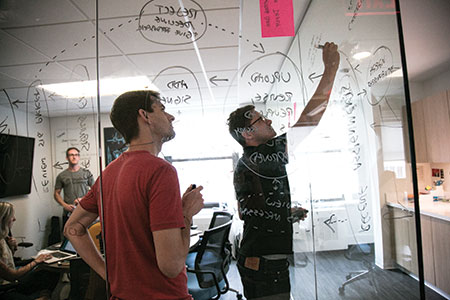 Indianapolis tech companies got off to a fast start in 2018, raising $34.5 million in venture and growth capital in the first quarter of the year, according to PricewaterhouseCoopers.

The $115.2 million raised in Indiana through three quarters put the state within shooting distance of last year’s total of just more than $134 million and far ahead of the $81.7 raised in 2016.

Then in October, a massive fund-raise by Scale Computing assured 2018 will top 2017. It will be part of fourth-quarter numbers that won’t be available until early 2019.

Among the state’s biggest deals this year:

◗ In late October, Scale Computing Inc. landed $34.8 million, one of the biggest rounds of funding in Indiana in recent years and is planning to more than double its workforce—to more than 200 employees—over the next two years.•