Home » Richard Feldman: Indiana must get serious about pathetic state of health 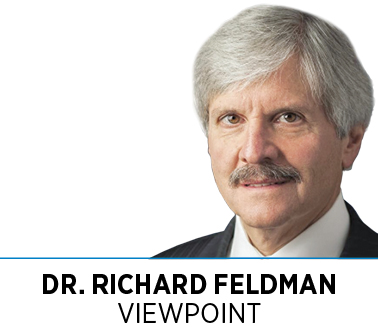 The state of health in Indiana is pathetic. The state ranks among the highest for prevalence of cancer, obesity and most chronic diseases. Our infant mortality rate, long thought of as a strong barometer of a state’s general health, is one of the worst in the country. Indiana ranks ninth-highest in smoking, and 49th in public-health funding.

Tobacco use still is the leading cause of preventable disease and premature death, and the Hoosier state is mired in the human and economic losses due to its use. The smoking rate nationally is now down to 15 percent, but Indiana’s rate tops 21 percent. One in five Hoosiers die as a result of smoking (11,000 per year), 4,100 kids start smoking every day, and tobacco use costs our state $7.6 billion in economic loss yearly in health care costs and lost productivity.

Think back to 2000, when Indiana enacted its historic Tobacco Settlement legislation. We were the only state to allocate 100 percent of the funds to health-related purposes and meet CDC-recommended funding for tobacco-prevention programming. It was a proud bipartisan achievement; Indiana was recognized as a leader in public-health policy. It was all about health; it was a great time of hope for a healthier Indiana.

But the attitude changed quickly as much of the funds were diverted to other uses. Tobacco-prevention funding was quickly reduced to an ineffective amount, especially for our children.

Raising the cost of tobacco is the single most effective strategy in reducing use. For every 10 percent increase in a pack of cigarettes, smoking is reduced about 7 percent in children and 4 percent in adults. Once again this session, legislation will be introduced to raise Indiana’s cigarette tax. The goal: a $2 increase per pack that would generate $360 million in revenue yearly.

Since the health argument doesn’t ultimately work well in the General Assembly, maybe a new emphasis on the financial costs of tobacco use to the state and business might be effective. Each smoker costs a business $6,200 extra yearly for health care and lost productivity. An unhealthy workforce is a drag on business and a barrier for economic development. And the added revenue would be the remedy for the tight budget forecast.

Specific uses for the increased state revenue could include funding for opioid treatment, initiatives to reduce infant mortality, necessary support to sustain the expanded Medicaid program, and increased funding of the state’s tobacco-prevention programs.

Oh, and look for legislation increasing the age of tobacco sales from 18 to 21. Six states and more than 350 localities have enacted Tobacco 21 legislation. The measure makes a lot of public-health sense: 90 percent of smokers begin daily smoking before age 19, and 95 percent initiate smoking by age 21; between age 18 and 21, many young smokers move from experimentation to addiction and daily use. Additionally, 90 percent of individuals who purchase tobacco for minors are 18 to 21 years old. Delaying initiation will ultimately reduce adult smoking.

It’s time for an attitude adjustment. It’s time to reduce the human tragedy caused by smoking. Let’s do the right thing for Indiana’s health and economy.•