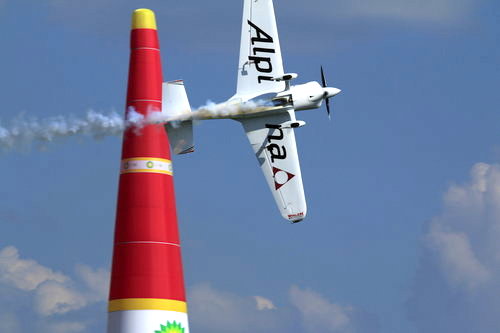 The Indianapolis race is set to take place Oct. 19-20, according to a schedule released by Red Bull Air Race organizers. The local event is one of eight races on the 2019 Red Bull Air Race World Championship circuit and the only one scheduled for North America.

The event is returning to IMS on a one-year contract after completing a three-year pact last year.

Alex Damron, director of communications at IMS, said both parties—the track and race organizers—“love the event and are committed to its success.”

The deal “is through next year for now,” he said. “But we’re both hopeful the relationship lasts longer.”

Speedway officials said they were happy with attendance at last year’s race as well as the family-friendly crowd lured by the event.