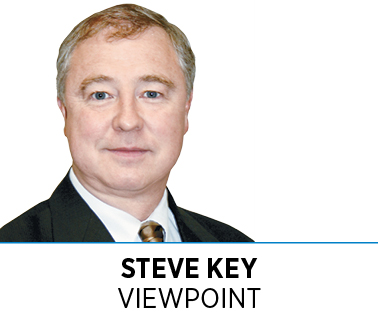 When banks move to foreclose on homeowners, it initiates a legal process that includes the publication of a notice of a sheriff’s sale.

The published notice, whose cost is collected from the winning bidder at the sale, serves to protect the elderly, the disabled, the uneducated, or people who are out of state, such as deployed members of the Armed Forces.

There are stories from all over the country of people who didn’t realize their property was in foreclosure until a friend or family member saw the published notice. There were cases in Florida where homes were being foreclosed on by Wells Fargo when it had no mortgages on those properties.

Publication of the names of those being foreclosed might also tip a business owner to be more cautious about extending credit to someone who he/she discovered may be suffering a financial crisis.

But Rep. Wendy McNamara, R-Evansville, has filed a bill to eliminate this publication requirement. She would replace publication in the newspaper with a posting on the sheriff’s website or county government website.

McNamara’s best argument is evidence that a few newspapers may be charging an unreasonable price for the required publications.

But overcharging by a few can be dealt with and isn’t reason to eliminate a system that works and is supported by the public. We ask the Legislature to defeat H.B. 1212 and give us the opportunity to deal with legitimate concerns McNamara raised.

McNamara testified before the House Committee on Financial Institutions that her ultimate goal is to eliminate all publication of public notices in newspapers. That would include information about school performance, how local government units spend tax dollars, requests for zoning variances, etc.

She calls the notices a subsidy for newspapers.

Since the founding of our country, paying newspapers to publish public notice has been the most cost-effective way to disseminate information that state legislatures deem important. The payment isn’t a subsidy; it’s payment for a service.

Who would benefit from the elimination of the notices of sheriff’s sales from local newspapers? The bankers and select insiders who know how to reap the bargains available when a home is foreclosed. If they are the winning bidder, they would no longer have to pay for the cost of publication. And they might be able to get properties more inexpensively if lack of awareness drives down the number of bidders.

Taxpayers would lose because H.B. 1212 would require the sheriff’s office to increase resources to constantly update the website with new postings, develop a system to verify when notices were posted and not altered or taken down prematurely, and also create a system to archive notices over a three-year period. These are resources that should go toward law enforcement.

Newspapers already have this process in place at no cost to the taxpayer. Why throw away a system that works?•

Key is executive director and general counsel for the Hoosier State Press Association, which represents the state’s paid-circulation newspapers.