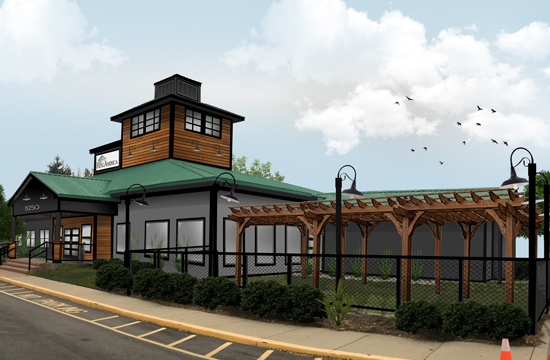 RealAmerica is seeking a three-year tax abatement from the city of Indianapolis to relocate its headquarters to the 2.1-acre site of Joe's Crab Shack at 8250 Dean Road in the Lake Clearwater area, located about one mile east of Keystone Avenue.

The Joe's Crab Shack was the last of the chain's locations in Indianapolis. It closed in August 2017 along with dozens of others around the United States.

The site is located on the east side of Lake Clearwater and includes a 17,051-square-foot building and an expansive parking lot to the north. The property was purchased for $2.9 million in October 2018 by RAD Clearwater LLC, an affiliate of RealAmerica established as the building’s ownership entity.

Jeff Ryan, vice president of development for RealAmerica, said the company has been looking for a permanent home since its previous headquarters near the 106th Street and Interstate 69 interchange was destroyed in a fire in 2017. The company’s current offices are at 10501 Hague Road, which Ryan said is “a temporary arrangement.”

He said the management team had an interest in the “adaptive reuse” aspect of the Joe’s Crab Shack project—something on which the company has built its brand since its start in 1995.

The company has built low-income and market-rate apartments, self-storage areas, and business, office and mixed-use developments. RealAmerica has spent more than $243 million to develop and manage more than 30 housing communities totaling more than 2,100 units, although none are in Marion County.

He said the waterfront location of the building and the ability to give it a complete overhaul made it a perfect spot for the company’s new headquarters.

The Joe’s Crab Shack site, purchased from a Malibu, California-based group doing business as 8250 Dean Road LLC, is expected to be gutted and completely refurnished, with new offices planned for both the street and basement levels.

The front of the building would be repainted, with the implementation of new signage and landscaping throughout the property. Ryan said the company does not have immediate plans for the expansive parking lots it bought as part of the deal.

Although RealAmerica definitely will proceed with the project if the tax abatement is approved, it's unclear what it will do if it isn't. Ryan deferred a response to the company’s owner, Ronda Shrewsbury Weybright, who wasn’t available for comment.

Ryan said the tax abatement would help the company cut down on the “extraordinary costs” associated with the overhaul.

City staffers are recommending approval of the abatement, which will be considered Wednesday afternoon at a meeting of the Indianapolis Metropolitan Development Committee.

RealAmerica’s move from Fishers is expected to allow it to retain 25 jobs with average wages of about $55 per hour and create two jobs at $18.03 per hour, according to a city staff report on the abatement request. City staff also said that it believes the improvements will lead to more investment and development by the company in Marion County.

Ryan said the company has an interest in developing projects in Indianapolis, including a potential apartment project.

No timeline has been set for when the company would move to the new building, he said.