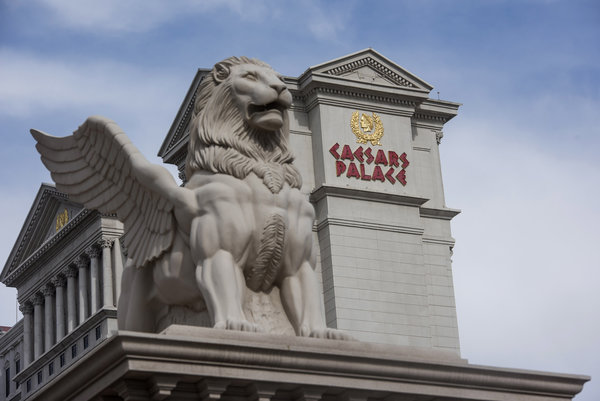 Billionaire investor Carl Icahn on Tuesday disclosed he has taken a 10 percent stake in Caesars Entertainment—which owns four casinos in Indiana—and is pushing the casino giant to sell itself.

The activist investor said in a filing with the Securities and Exchange Commission that he wants representation on Caesars' board and for the company to refrain from immediately appointing a new CEO.

Caesars' stock is undervalued and the best way to boost it would be to sell the company, Icahn's filing states. Shares of the Las Vegas-based company jumped more than 5 percent Tuesday.

"We believe that our brand of activism is well suited to the situation at Caesars, which requires new thought, new leadership and new strategies," the filing adds.

Any sale would require approval from a number of regulatory agencies, including the Indiana Gaming Commission and Indiana Horse Racing Commission.

Icahn intends to continue talks with Caesar's board of directors and management, and if necessary, he may nominate a slate of directors at the company's annual shareholders meeting, according to the filing. He also wants CEO Mark Frissora out.

Frissora, who joined Caesars in 2015 and guided it through bankruptcy reorganization, was scheduled to leave his role Feb. 8, but his departure was pushed back to the end of April. Icahn does not want Frissora's tenure to be extended again, according to the filing, and expects the company to not appoint a new leader until after he and the board have engaged "meaningfully."

Caesars emerged from an $18 billion bankruptcy in late 2017. Icahn's move comes after the casino operator was approached by at least two companies.

Caesars in November confirmed that it had received a proposal from casino operator Golden Nugget LLC, owned by Houston billionaire Tilman Fertitta. The proposal called for Caesars to "acquire substantially all of Golden Nugget's restaurant, hospitality, entertainment and gaming businesses in exchange for a significant minority of Caesars' common shares."

Caesars at the time said its board rejected the proposal, but "continues to be open to reasonable alternatives to enhance long-term shareholder value."

The Wall Street Journal last week reported an official with Eldorado Resorts Inc. also "made a preliminary approach" over the past several months.

Caesars did not immediately respond to a request for comment on the filing. It is scheduled to report its fourth-quarter results Thursday. Its stock ended up 47 cents to $9.62 on Tuesday and is up almost 42 percent so far this year. But it's still down 27 percent in past 12 months.

Analysts at J.P.Morgan in a note to investors said they do not see an obvious suitor that could or would take Caesars' entire portfolio of assets, including the nine properties on the Las Vegas Strip. They pointed to MGM Resorts International as the "most obvious potential acquirer," but said that company has been clear about giving priority to its current projects.

"When news breaks of (a merger and acquisition) transaction, the target's stock will gravitate towards the premium price being offered by the acquirer," he said. "Seeing that Caesars has potential suitors it's possible Icahn is simply banking he could push Caesars to accept an offer and bank the (merger and acquisition) premium."

David Katz, equity analyst at Jefferies, said there are things Caesars could do to capture a better value for its stock that do not involve selling itself, including sharing expectations more effectively. He said Caesars' "value story" has not been told effectively since the company emerged from bankruptcy.