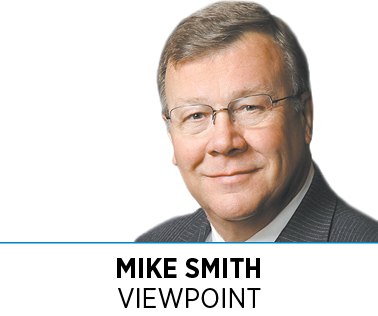 You might think you haven’t met “Alice,” but chances are you have.

Alice is the woman working two jobs to feed her kids. Alice is also the man working long hours but barely keeping a roof over his family’s head. Alice—an acronym for asset-limited, income-constrained and employed—is the waitress, busboy, hotel housekeeper, repairman and similar individuals who work but live paycheck-to-paycheck.

In Marion County, Alice makes up 29 percent of the population, according to a report from the national United Way. Combine that with the 18 percent of county residents who live in poverty, and you’ve got a community in which 47 percent—nearly half!—of the people are struggling to survive.

Thinking about that figure recently, I was reminded of last fall’s Christian Theological Seminary’s Faith & Action Project event. While much of the conversation about turning back poverty focused on hard facts, our panel—The New York Times best-selling author Michelle Alexander, Indy Chamber President and CEO Michael Huber, EmployIndy President and CEO Angela Carr Klitzsch, and CTS professor Frank Thomas—also made the case for love. Four themes especially resonated with me.

Our criminal justice system plays a role in poverty. When the nation replaced the War on Poverty with the War on Drugs, the result was the incarceration of record numbers of Americans, a disproportionate number of them African-American males. Now we live with a massive incarceration industry, and a population held back by prison records.

Race is a major factor. Prejudice that persists in hiring discrimination, concentrated poverty and more continues to pull us down.

Indianapolis needs to “get real.” In the last decade, the city has seen an 80 percent increase in the number of people living in poverty, and we are one of the nation’s five worst cities in terms of economic mobility. Employment growth has not addressed this problem.

Love is essential. All the panelists touched on the importance of love in this effort.

This isn’t the first time this “love is the answer” message has featured prominently in a CTS Faith & Action Project event. It emerged at our inaugural event in 2016, when, during a heady discussion with Tavis Smiley, author David Brooks paused, took a breath and said that what the nation really needs is more love.

The theme will continue in our events, most certainly with our May 2 spring conference, which will feature the Rev. Greg Boyle, who once wrote, “There is no force in the world better able to alter anything from its course than love.”

Through the Faith & Action Project, we have heard powerful visions for how we can overcome poverty and help those defined by “Alice.” We have listened to people who live each day with personal-scale challenges and to big thinkers who offer macro-level plans. We know that defeating poverty will require insights of people from all sectors of our community.

But we also have heard repeatedly that no intellectual approach will have a chance if it isn’t backed by compassion. In that vein, I personally subscribe to a sentiment offered by historian Richard Hofstadter, who noted that one of the primary tests of a society’s mood is whether its comfortable people identify with the achievements of the very successful or with the needs of the underserved.

Smith and his family co-founded Faith & Action with the Christian Theological Seminary in 2015.