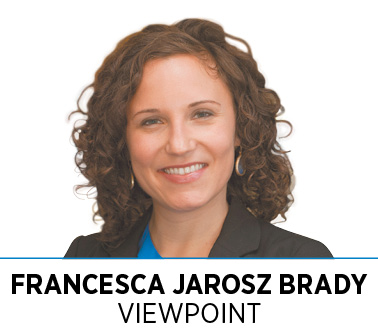 There was a time when I thought of Indiana’s Republican lawmakers as pragmatists. I didn’t always agree with their ideas, but I appreciated their consistent logic: Position Indiana to compete for business growth.

Back then, Republicans pursued reforms to streamline township government and give parents more educational choices. They changed rules about union membership and amended property tax collection. Their leader—then-Gov. Mitch Daniels—embodied a no-nonsense logician, one bold enough to declare a “truce” on social issues.

Those were the good old days.

Today, some among Indiana’s legislative GOP seem motivated by a different pursuit: upholding dogmatic principles, too often in defiance of the business community and their citizen constituents.

Two recent debates encapsulate this ideological drive: the push to add a comprehensive hate-crimes bill to Indiana statute and the effort to increase the state’s cigarette tax. Some of the state’s most respected corporate and civic pillars, from chambers of commerce to major employers, have championed those causes, and for good reason. Both issues are rooted in solid business logic.

Take hate crimes. People—regardless of their religion, race, ethnicity, gender identity, sexual orientation or disability status—want to live in a state where they feel valued and protected, a critical element to attracting and keeping the talent companies need to fill jobs.

Having a bill that lists characteristics that could be the basis of a hate crime plays a key role in creating this sense of safety. Gov. Eric Holcomb, with Daniels-style pragmatism, recognizes this and has expressed his support. Not Senate Republicans, who stripped the bill of its list of defining characteristics before passing it onto the House.

Then there’s the cigarette tax, a proven mechanism for reducing smoking, which, along with secondhand smoke, kills 12,500 Hoosiers each year. Raising the cigarette tax not only saves lives; for the business community, it makes pure fiscal sense. Smoking costs Indiana companies $2.8 billion in lost productivity each year on top of the $3.3 billion it costs the state in health care. Yet so far, Republican lawmakers have failed to advance the effort for the second consecutive budget session.

I can empathize. Change is hard. Its pace has been swift. Our natural tendency is to cling to the familiar.

But the GOP’s dogmatic approach will fail. In the short term, it will chip away at lawmakers’ credibility among voters until elected leaders’ lack of responsiveness drives citizens to demand change. Take the most recent U.S. midterm elections, when Democrats gained 40 seats in the U.S. House of Representatives. If you question whether a red state like Indiana is immune to such turnover, just look at Indiana Sen. J.D. Ford’s ouster of longtime Indiana Sen. Mike Delph as evidence it is not.

An ideologically driven approach also sets up Indiana’s GOP for failure with the next set of voters—Gen Z, who are 14 to 22 and represent the most racially diverse generation yet. Research shows that Gen Z members who identify as Republicans espouse more socially liberal views than their older Republican counterparts, including millennials, on issues like racial inequality, the role of government and climate change.

It seems Indiana Republicans aren’t worried about this. They hold supermajorities in both chambers.

Perhaps they should remember an old adage: Pride goes before a fall.•

Brady is an Indianapolis resident and strategic communications consultant.